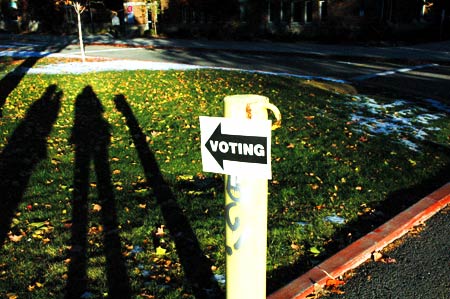 Those shadows are Jon and Leta and me. We voted. You should, too.