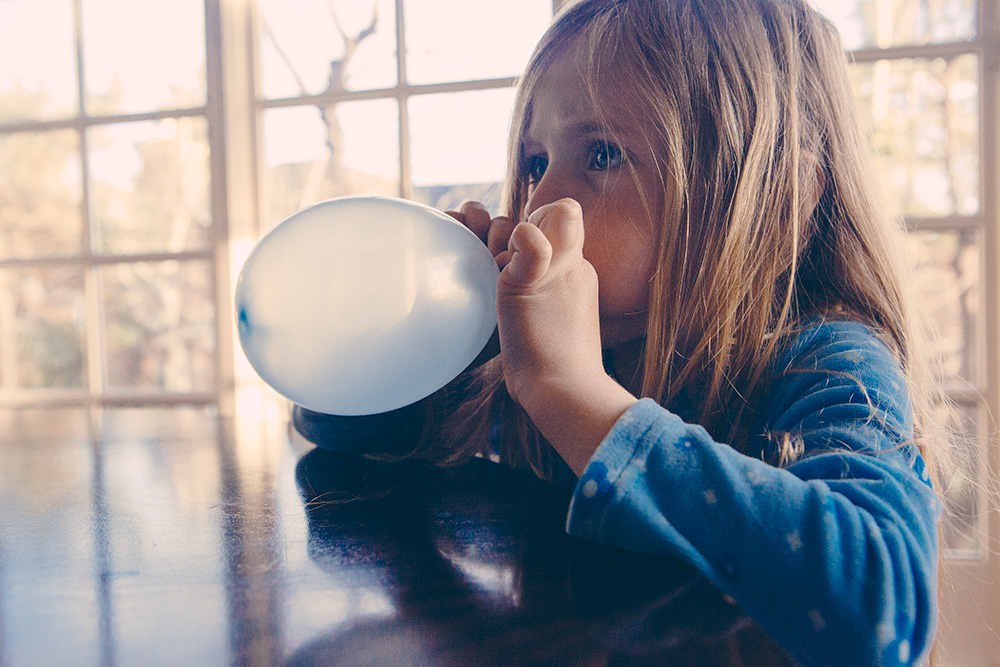 Leta got a box of about 100 “water” balloons on Friday, and I told her she could wait until the weather warmed up A LOT to use them as they were intended. She wanted to blow up a few immediately, but this unfortunately meant that Marlo became aware of said box. Leta told her she could have two, two she said, and after Marlo took two she asked for another. And then another. Maybe one more? Just one more.

Over the next few hours Leta unknowingly gave up that entire box of balloons. They are now scattered all over my kitchen and living room. This is how you spend an entire Friday night when you’re a parent. If you’re thinking to yourself, “Oh my god, how depressing,” then you and I have fundamentally different ideas about what in life is fulfilling.