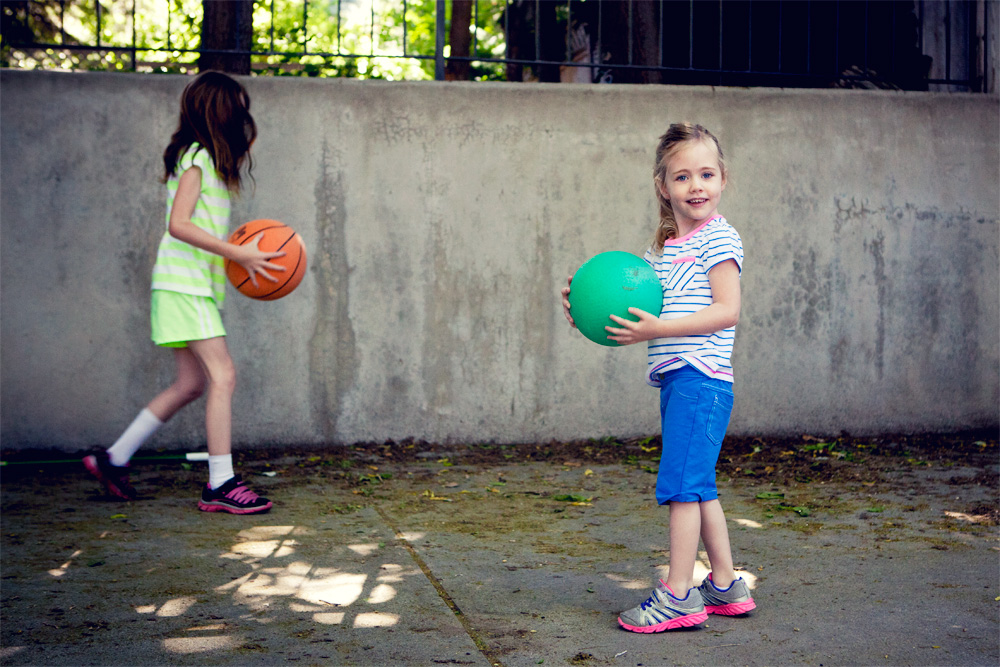 My sister’s fifteen-year-old son Britton now stands at 6’3″ tall and plays on both the high school basketball and football teams. The track coach approached him a few weeks ago and asked if he’d show up to throw a shot put at an upcoming meet, an activity he had never performed before. After the meet he walked into my sister’s house and she casually asked him how it went. He shrugged and mumbled, “I won the whole thing.”

My sister, she has the athletes. Me? This was supposed to be a fun half hour of shooting hoops. It ended up being an accidental game of dodge ball.