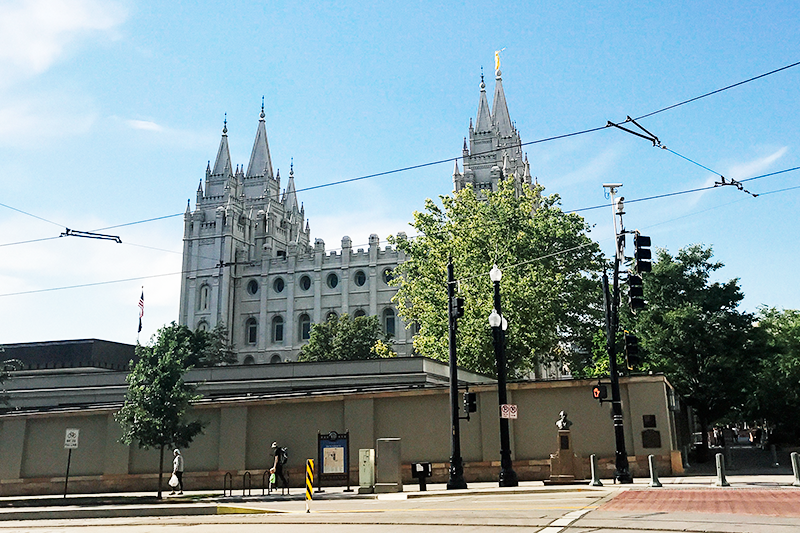 Last week I had to drive to Leta’s middle school with physical proof that I had paid all her fees online so that I could pick up her class schedule. This kind of shit annoys me to no end about the idiotic and asinine red tape that goes on with education—there’s a lot that leaves me flabbergasted about education, which is why the work that Kelly is doing with Being Black at School is so important. Go learn everything you can about what they do and how you can help. And if you’re not inclined to because this isn’t about your kid, wake up and realize that when you improve the conditions and standards for the disenfranchised, you improve the conditions and standards for everyone. INCLUDING YOUR KID.

I make playlists on Spotify every month of music that spans at least a dozen genres, anything considered modern country not included. I figured, FINE. If I have to drive across town and show that I filled out all the paperwork online and bite my lip when I show up so that I don’t scream YOU COULD HAVE FUCKING GIVEN THIS TO ME ONLINE, I was going to enjoy myself. So I turned on my August playlist, rolled down all the windows and opened the sunroof. Car party. It’s a little different from a cat party in that the wind is blowing through your hair and you’re screaming off-key lyrics instead of being surrounded my miserable, condescending animals.

Right as I pulled into the parking lot of Leta’s school a very, very, very, very white whitey white white white alt-country/folk song ended (this one if you are curious) and “HUMBLE.” by Kendrick Lamar came on. That car party suddenly transformed into a really, really angry cat party. I had the volume turned so loud that the whole car started to shake in rhythm to the bass—the car was literally vibrating and my eyeballs started to vibrate. I could see in my peripheral vision all these white families parking their cars and heading into the school looking around to see what the fuck was happening. It must have sounded like a truck full of spiteful thunder had just rolled onto campus, and there I was, skeletal blonde white woman with the wind tangling her hair waving her arms around as if she’d just pissed off a swarm of hornets.

I could not find the volume. I turned down the air conditioning in my state of vibrating confusion and when that didn’t work, I reached up to the volume and turned it the wrong way just as this lyric passed through the speakers: “Ooh, that pussy good, won’t you sit it on my taste bloods?”

Had Leta been there to watch this go down she would have been so mortified that she would have wished for an instant apocalypse. And when she reads this and finds out, I’m going to say, you know what? Fuck those white people. I don’t care. I’m not trying to recapture my youth or pretend that I have any idea what is cool or not cool, I just really like that song. Their precious feelings are not important to me. Also, Leta, I think you will like it, too, and here. Let’s listen to the whole album together and cause thousands of judgmental mouths to fall open in outrage.

It has been frustratingly hard to foster diverse relationships for me and for my kids in Utah. I have kept Marlo at the school she’s been attending since kindergarten because it’s one of the most diverse in the city. But Leta’s middle school is overwhelmingly white and Mormon and when I say overwhelmingly I mean EVERY SINGLE PERSON. My online community of friends looks very, very different from the one I have in real life, and this shit has to end. The diversity we’ve been able to foster here is all economic—we have friends who populate every spectrum of income and neighborhood in the city, but they’re all mostly white. We’re friends with Mormons and Catholics and atheists, and both girls have attended preschool and camp at a Jewish institution. And lord knows that I’m doing everything I can to talk to both of them about race and privilege and how this little bubble we live in is so very different from the world outside of it. But we live in a goddamn bubble. I have to figure out a way to puncture this seclusion.

Never before has it been so stark a realization as when I was driving home from the airport after returning home from Paris. I looked around and thought, “What the hell am I doing here? What am I doing to my kids?” I am contemplating this. Hard. Austin, don’t think I haven’t looked at your housing market.

We are so secluded that I walled myself off this past weekend and hibernated in a text document. No one in my community was marching in Polo t-shirts with fucking tiki torches to celebrate the ideology that my race is inherently inferior to their own. I saw a little talk of it on twitter when I took a break from writing, but I didn’t really know or understand the extent of it until I got up yesterday morning and started reading the news. And what I saw is exactly why I have asked every person who has asked me out through a dating app since November, “Who did you vote for?” I have been called a bitch, a cunt, an intolerant crone, a witch (god, don’t I wish!), and “a washed up cow.” Because I won’t go out with anyone who voted for that man. I won’t even say his name.

I had my name removed from the official rolls of the Church of Jesus Christ of Latter-Day Saints.

When I found out that the Mormon Tabernacle Choir was going to sing at the inauguration of a self-professed sexual predator and unadulterated bigot, I submitted my name for removal. Here’s the PDF I have hanging over the laundry basket where I throw my dirty panties:

My kids get home tomorrow night, and yes. I am happy to hear about their experience in NY. I can’t wait for Leta to tell me all about camp and why she had the sudden realization that she needed to delete every photo from her Instagram feed “because she needed a fresh start.” But more than anything, we have work to do. They start school in less than a week and we need to go investigate what these institutions are doing about tolerance and inclusion and if and how they are allowing bigotry to thrive in their hallways. This is where we start. Here and in the conversations with my own extended family.

My Facebook feed is full of women of color who are waiting for me to say something, and I am so sorry it’s taken me this long. But I am going to stand up for you even here in this bubble where I hope it can make its way out, maybe through the kids of close family who can reject the racist jokes and find their way out of here into more diverse communities.

Also, if you are here in Utah and want to get a cup of coffee to talk about all of this? I’m buying. And I am making time.