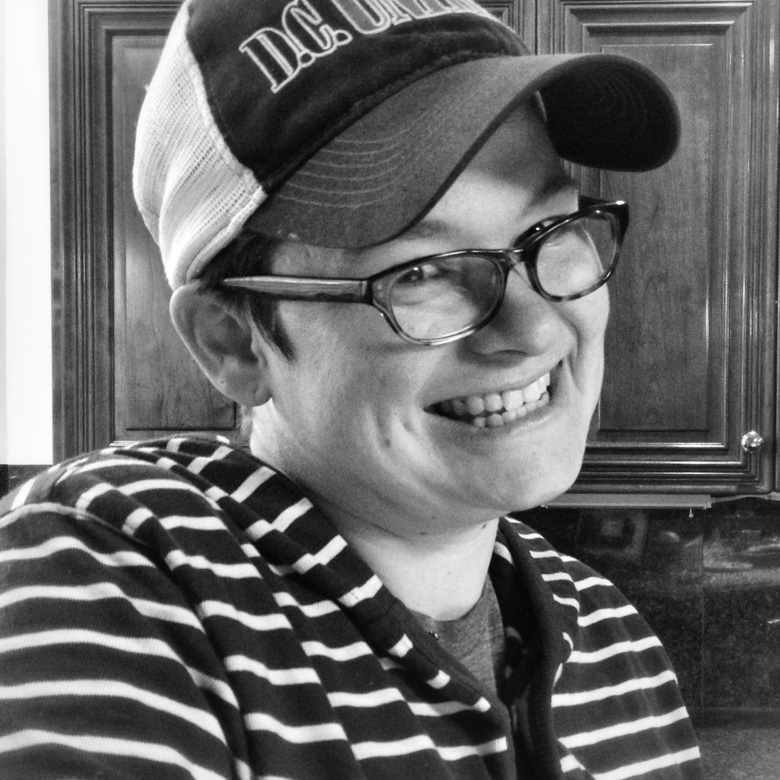 Recently I’ve been looking at the clock near the end of the day and as I watch the second hand tick off another hour my throat starts to close, my stomach a winding, undulating mass of knots. I didn’t understand what was happening until I was texting my friend Beth about it, and she asked if I feel more anxious at night, and if so, why. I realized yes, I do, and it’s because I’m afraid I’m going to wake up in the dark gripped with a paralyzing fear that everything will fall apart. Even though I know it all won’t, even though I can see that there is no reason to worry, I can’t get my nervous system to understand in the middle of the night. That second hand moving around the face of the clock signals the possibility if it happening again, and I’m dreading the act of dreading.

She was here for three days, and each day got progressively worse in terms of the workload. The final night she was here we were so deliriously tired — her from packing and moving my entire kitchen, me from picking up and reattaching the dropped jaws of my relatives — that we spent a few hours deconstructing our status as Saturday’s Warriors, a teaching in the LDS faith that the children in our generation were chosen and saved to be born until the last days so that we could usher in the Second Coming of Jesus Christ.

“First of all,” I said, “I’d like to know what it was I did in the preexistence that made the people in charge choose ME for this job, you know? This is not a duty I am comfortable with.”

“Beth, it’s not a question of IF. I’m a blogger for crying out loud. I can exaggerate the shit out of it after it happens, but that does him no good during.”

“Who saddles a whole generation of kids with this kind of responsibility? We need a union.”

“What I don’t understand is why he doesn’t gather up a whole bunch of wedding planners to stage this thing. Or just hire my mother already.”

“Here’s the thing, though. We’re getting kind of old and he hasn’t come yet. Maybe he’s like, we totally messed up the screening process on these kids. Look: that one’s a lesbian and that one’s a blogger. Let’s reschedule the whole thing.”

And then we spent a couple of hours writing reviews on the most random things we could find on the Internet. I found a turtle made out of crystal, something you might find on your great aunt’s nightstand next to a dog-eared book of inspirational quotes, a vanilla-scented candle, and a smattering of discarded cough drop wrappers:

“I collect a lot of various forms of memorabilia concerning reptilia. I had decided that the only reptile that would be attractive in crystal formation would be the turtle. It is not long and winding like the snake. It is compact. He can retract his head into his shell to be even more compact into his body.

It was during that conversation that I remembered: spring equinox. No wonder things feel out of control and strange and panicky. And because Beth reminded me I’m going to remind you if you need it: cut yourself some slack. If you wake up covered in sweat with dread, take a few deep breaths and hold on until morning. Take great joy in your smallest victories. If it can wait until tomorrow then let it wait until tomorrow.

Whatever it is, it’s not the end of the world. Trust us, we’d know. We’re kind of in charge of planning that whole thing.

Everything is going to be okay.