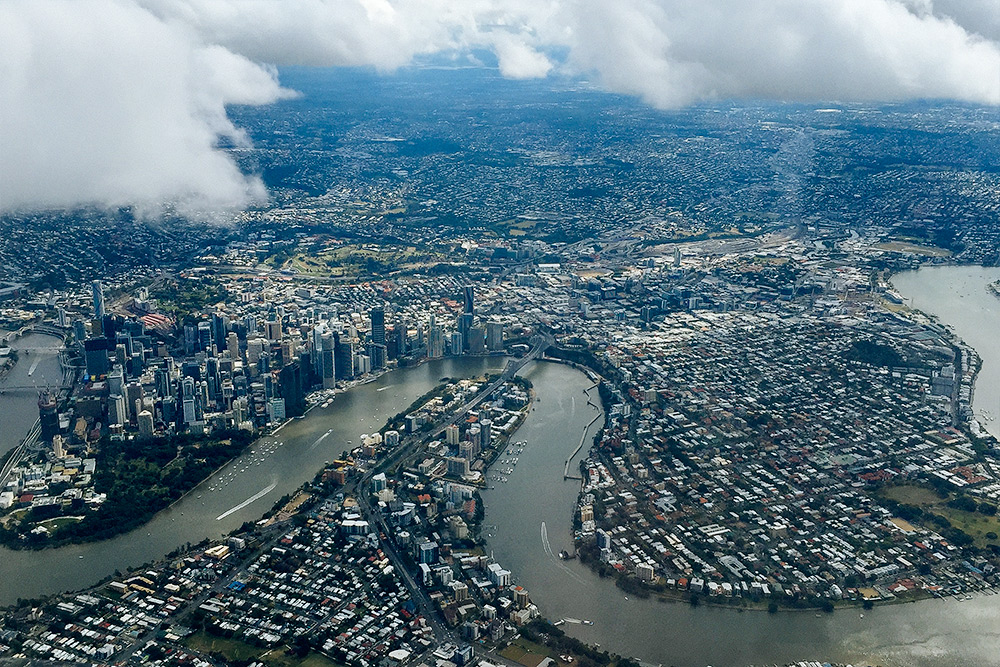 Yesterday afternoon I returned from an eight-day trip to Queensland, Australia where I gave the Friday evening keynote at ProBlogger Training Event 2015. I spent the majority of my time on the Gold Coast and didn’t get to explore Brisbane except for this shot from the plane during takeoff Sunday morning. I have so many stories from the time I spent there, stories I am longing to sit down and write. And yet… conference calls have killed the creative.

I am hoping to remain articulate during the four calls I have today despite this:

Does this jet lag make me look incoherence.

Dear lord, my whole body hurts and last night I tried to relax by watching some TV but every character sounded like they were speaking in tongues.

I had tacked on four days to my trip thinking that I’d take an actual vacation and explore as much as I could of the Gold Coast while I was there. A few of my colleagues might read this and throttle me through the screen because we’d discussed how badly I needed to give my body and brain a break when I decided to step back a bit from blogging. That break just hasn’t and cannot happen, so I’d spend several hours each morning while I was there managing projects. I did fit in some sight seeing during the afternoons, but not nearly enough for visiting that part of the world for the first time. Hopefully next time? And hopefully I can find a few hours tomorrow morning to tell you about how I seriously thought I was going to be featured on an episode of Locked Up Abroad.