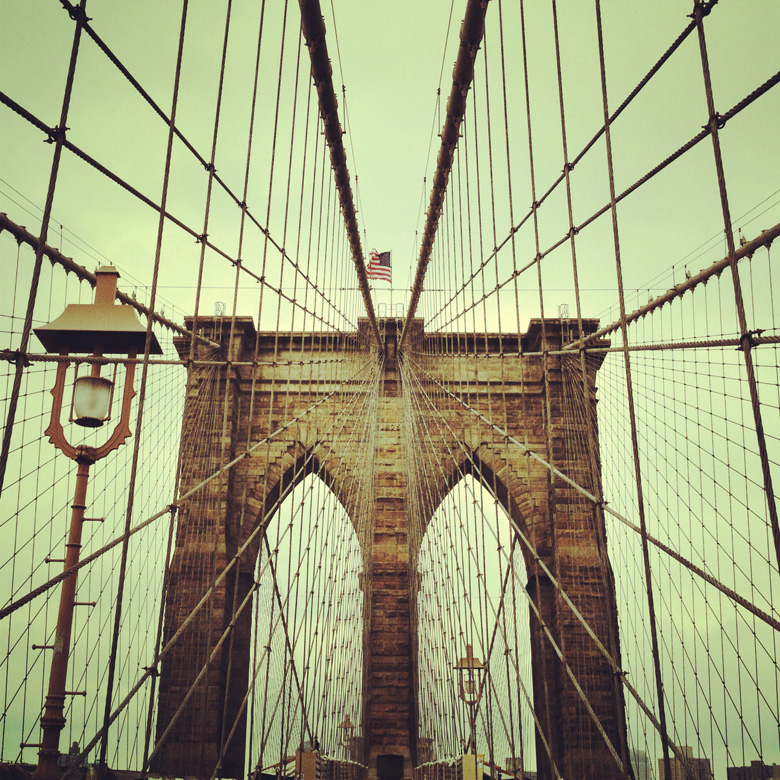 Last week’s weather in New York was all over the map, and even though I knew the forecast called for rain I don’t really own any rain gear to pack. I don’t even own an umbrella. What do I wear when it rains? That’s just it. It doesn’t. It snows in Salt Lake, but “rain” here is an occasional drizzle. Drip, drip, drop. It’s nothing more than a tinkle. The thunderstorms I grew up with in the South would look at a rain storm here and totally make the jerk off motion.

Like, come on. Grow up, Utah. You don’t even have any underarm hair.

The morning of my first meeting in New York I woke up to a huge thunderstorm. Gushing. Water was cascading out of the sky and I had to figure out a way to run half a block in high heels to a busy corner to catch a cab. With no rain gear, no umbrella. Let’s just say that I showed up to a meeting with six of the most professionally accomplished women I know looking like a drowned puppy.

Hi! I’m the blogger! Oh, this thing on my head? No big deal. It’s a blonde ferret. Crawled up there and died. But not before it rolled around in a mud puddle. So, what’s on the agenda. I’m here to offer expertise! Whee!

That night I went online and ordered an umbrella. That I will pack in my luggage and use when I travel to destinations where rain exists. I am MASTERING adulthood.

Anyway, the whole point of this is what happened on Saturday afternoon. I’m getting there. I really am. Just give me a second. I got distracted by some cats in trees.

Every weather app I checked said there was a chance of thunderstorms, but when I looked out the window of my hotel room I saw nothing but gorgeous sky. I once asked my friend Sarah if she had any recommendations of fun things to do in New York, and she mentioned walking across the Brooklyn Bridge to a fantastic pizza place called Grimaldi’s. Pizza. That food with cheese and gluten and a host of other things that Paleolithic humans did not eat. You know what? Fuck them. Fuck those hunters and gatherers and their lithe, healthy bodies. Imma eat me some damn pizza.

And y’all. Good lord. That was the best three slices of pizza I have eaten in my life. If you are in New York and want some good pizza, that’s your destination. Yes, there is a long line, but it moves quickly and suddenly there you are discovering the meaning of life.

Whenever I do consume that much gluten I tend to feel a little strange afterward, so instead of taking the subway back to my hotel I decided to walk off the pizza. And it was all going so well until lightning started to illuminate the sky about six blocks from the hotel. Spectacular streaks of yellow and orange snaked their way between buildings, and since I’ve never experienced a thunderstorm in that kind of setting I stopped to listen to the thunder bounce off of the steel and concrete. A chorus of gloriously angry booms. Magnificent trombones competing for attention.

Had I known what was about to happen I might have scurried a bit, because not sixty feet from the door of the hotel I heard screaming. In an attempt to ascertain what the hell was going on I looked over my left shoulder and… okay. You hear people say things like this and you want to punch them in the face, but now I realize that the urge to do that is totally misinformed. And aggressive. So go get some therapy, Loraine.

What I saw looked like a scene out of an end of the world movie. It was a masterful CGI effect. A wall of water pouring sideways out of the sky was barreling toward me at a supernatural speed. Before I could turn my head back around I heard the hail. And then I felt the hail. And then suddenly an ocean of water swept up and all around me. I couldn’t see two feet ahead so I ran my hand along the brick wall of the hotel to guide me to the door.

I have never experienced anything like that in my life. Simultaneously horrifying and thrilling.

I wasn’t in that downpour for more than five seconds and I was completely soaked. Head to toe. Every inch. I stood in the lobby for a few moments, stunned, trying to process what had just happened as water dripped in puddles all around me on the floor. A couple drenched as thoroughly as I was joined me with their own puddles gathering around their feet. The woman brushed her wet hair from her forehead and said to the man, “I guess we shouldn’t have stopped to buy those mugs.”

Yeah, that shirt is sheer. And totally transparent when wet. Good times.

That’s when I remembered the young father I had passed on the sidewalk. He was coming out of a store with his son in a stroller, and when a flash of lightning lit up the sky he assured him, “That means it’s going to rain, so we better get home.” Considering how fast the whole thing happened, how hard that rain pelted everything in its wake, I really hope the two of them are okay.