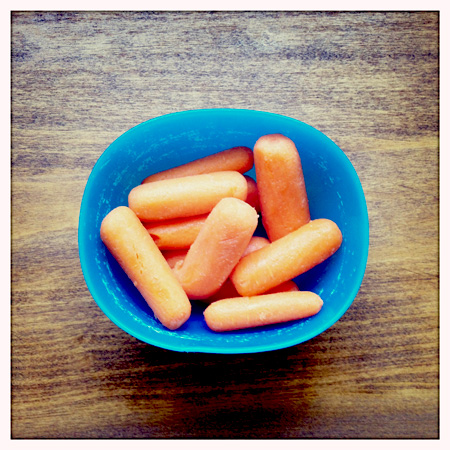 A couple of nights ago I was sitting on the front porch after having put both girls to bed trying to enjoy the cool evening temperature and setting sun. I don’t think it’s been unseasonably warm, but I’ve been trying to save money on electricity and have gone full bore Michael Hamilton with the air conditioning. Meaning this: Yes, it’s there. I have air conditioning. But I’m not going to turn it on unless the sun falls out of the sky and lands on the house. Then I’ll think about it.

Nighttime temperatures in Utah during this time of year can drop a good thirty degrees from the afternoon high, so evenings here are magnificent. There’s little to no humidity, rarely any bugs or mosquitos, and only a few stray polygamists plowing wheat in their yards. Yes, living in Utah has its drawbacks, but nights in September do a good job of making up for those. Unless you’re sitting on your porch trying to enjoy dusk and a squirrel notices that you’re snacking on a bowl of carrots. Then it’s like being sentenced to one of the lower levels of heaven where the list of contraband includes caffeine, beer and vibrators.

That squirrel was mad at me, I do not know why. I wasn’t talking or making any noise. I hadn’t climbed his tree and stolen his nuts. I had not called his squirrel girlfriend to tell her that he was posting Facebook photos of a certain lovely gopher. Maybe I should have offered him a carrot because that dude would not stop squawking at me. Deafening, piercing, repetitive screeching. It was worse than the disapproving noise Marlo makes at 5:30AM after she screams, “IS IT WAKE UP TIME?!” and I grab her stuffed puppy and punch it in the face.

So I decided I’d offer it a carrot. I walked to a spot within three feet of the tree, stared that squirrel in the eyes and threw that thing straight at its head. I don’t normally have good aim, but I missed him by about three inches. I’d never make it as a pitcher in the major leagues, no, but if there were a sport for pissing off squirrels with carrots there would be a position on the team known as The Dooce.

That rodent could not believe my audacity, so instead of scurrying off like he should have, like his good Mama taught him to, he climbed to a higher branch and began shrieking even more obnoxiously. A machine-gun fire of YAK-A-KAK-KAK-KAK so loud that my ears started to bleed. So I looked up and said, “You know what? This is bullshit. You want to mess with me, motherfucker? You go right ahead and mess with me.”

I then walked to the front door, let Coco out onto the porch and pointed to the tree. “It’s all yours,” I said.

Coco looked up at me and tilted her head in disbelief. “Go ahead,” I said. “Merry Christmas.”

Dogs can’t climb trees, but you should have seen that dog try. And the whole time I just stood there with my arms crossed over my chest, my weight over my right hip, nodding slowly as that squirrel ran like hell through two trees, along a fence, and then off into some other yard. Like, THAT’S RIGHT, MOTHERFUCKER. YOU GO RIGHT AHEAD AND MESS WITH ME. And then I looked across the street at my Mormon neighbor who was taking out her trash but had stopped to watch me throw carrots and scream obscenities at a tree.