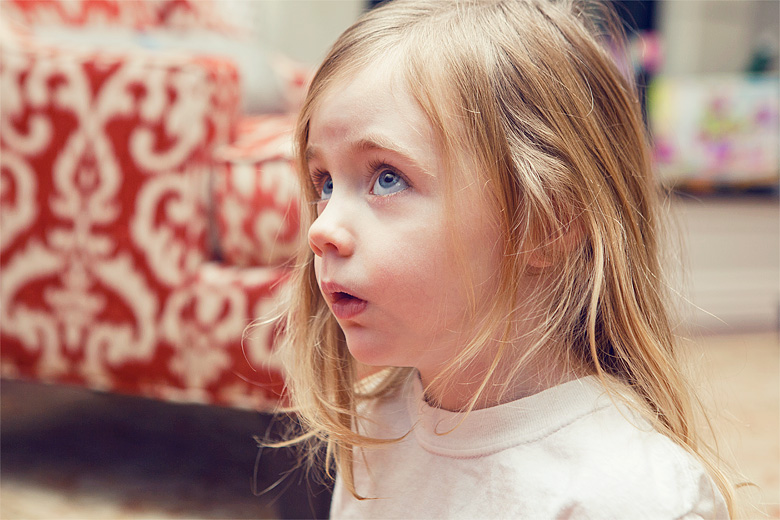 Marlo’s preschool requires parents to volunteer a few hours here and there each semester, and I realized before the holiday that I had yet to meet that obligation. I asked her teacher to put me to use wherever they might need me unless it involved interacting with three-year-olds. You ever met one? Horrible people. Little deranged convicts.

But I guess volunteering in a classroom full of three-year-olds means acknowledging their existence? Because they can’t read social cues like LEAVE ME ALONE or PLEASE STOP MAKING WORDS WITH YOUR MOUTH. So demanding.

I was thinking I’d get to rinse out some paint brushes or wipe down some tables, but no. No such luck. In fact, I got to volunteer the day that the kids were finishing up an elaborate craft project, and you know how I feel about craft projects. Wheeeee! Hey kids! After we mold these pipe cleaners into fun shapes let’s pour a cauldron of bubbling lava over our heads! And then hack off all our limbs with a dull pocket knife! Here, I’ll go first.

The portion of the craft project requiring my assistance involved gluing glitter to a holiday ornament, and yeah. You saw those two words in there, didn’t you. GLUE and GLITTER. The two most evil crafting supplies in existence. Is there anything more horrifying to hand to a three-year-old? They’d do less damage with a can of mace.

And here’s where I go off on what will seem like a tangent but is in fact crucial to all this complaining you’re enduring: somehow Marlo up and potty trained herself a few months ago. Just decided one day that she didn’t like walking around with excrement in her pants. THERE. There’s one thing nice I can say about three-year-olds! They have enough brain cells to recognize the discomfort of sitting around in their own feces.

The road to her decision was a little bumpy, but show me a road to diaper-independence that’s not. The major obstacle in her way was not an uncommon one. Kids that age have one painful bowel movement and decide that they’re never going to poop again leading to horrifying constipation. So horrifying, in fact, that many of us, NOT JUST THAT MONSTER HEATHER ARMSTRONG, have to administer enemas.

Oh fuck, you guys. I’m writing about enemas on the Internet again. And here you are reading it. You are aiding and abetting an Internet enema writer. Shame on you.

So, yeah. I had to give Marlo a few enemas along the way because she’d go, nine? Ten days? Ten days without pooping. You go right ahead and try that. Five days in and you’d be begging me to write about the fact that I went out and bought you an enema.

I’d always try to make it as low-key as possible (despite what you’ve heard, enemas are not a party), so I’d remain calm and tell her it was time for butt medicine. Yeah. Butt medicine. What? You don’t think that’s cute? Because that is cuter than a polar bear snuggling a pug. It’s cuter than a newborn puppy taking a nap and having its own fart startle it awake.

Butt medicine got her through the fear of bowel movements, and then suddenly she was potty trained. Thank god for the person who invented enemas if only because I no longer have to carry diapers and wipes in my purse. MORE ROOM FOR MY WEED.

Jump to the craft project in her preschool class. She and a few of the other kids were sitting around a low table with me, all of them dressed in plastic aprons, all giddy with the idea of destroying the planet with glitter. Her teacher had prepared a tray with bottles of glue and bowls of glitter and was approaching the table with this tray when Marlo’s face contorted with panic. I looked back at the teacher, and before she took another step I put the whole thing together in my head: the tops of the glue bottles had been removed (probably because they get clogged so easily? I think I remember this from my childhood?) and in their place she had stuck a paintbrush. Little white glue bottles with the wooden handle of a paintbrush sticking out of them. Marlo’s vision did that crazy Good Fellas camera trick where the foreground gets closer as the background recedes because, you know, imminent death.

Before I could do anything she screamed, “BUTT MEDICINE!!!!”

She sure did. Loud enough and with such dread that I’m pretty sure you couldn’t have mistaken it for, “But, medicine?”

I very quickly explained to Marlo that it was glue for the glitter and not butt medicine, nope, not butt medicine at all, not one bit. And then I gave a huge smile to the teacher who had raised one of her eyebrows.