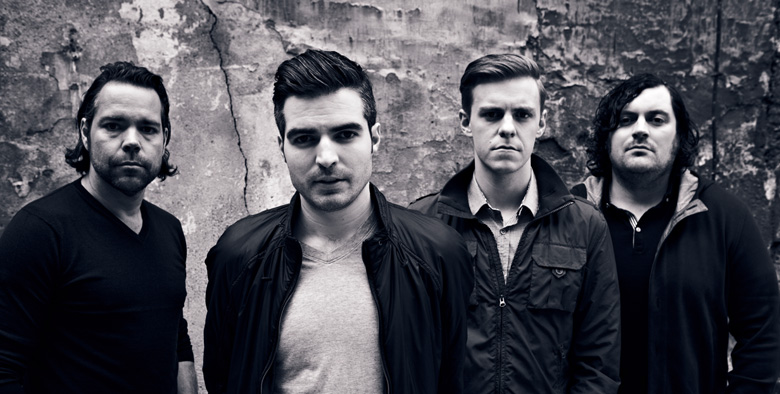 These guys are an indie rock band out of London, but the lead singer is from Tennessee. That part just needed to be pointed out. SOUTHERNERS REPRESENT.

You might have heard “If You Run” which was on a soundtrack to a Drew Barrymore movie a few years ago. Which means you have already formed an opinion about them one way or another. Sorry, and I may just make you choke on your Almond Joy, but I happen to like Drew Barrymore. No, she’s not one of the better actresses of my generation, but she’s always so happy and positive and radiating and the world needs more of that.

In May they released their fourth studio album called Promises

I have probably played the first song on that album enough to fry my iPhone. The mood of it is just a mirror of the inside of my brain. It’s called “Diamonds.”

At about 2:05 as he’s singing, “Further than I ever was,” the guitar goes into a certain alien space, enormous and reverberating, and I just want to climb inside that sound and float around for a while. Definitely one of my favorite tracks of the year.