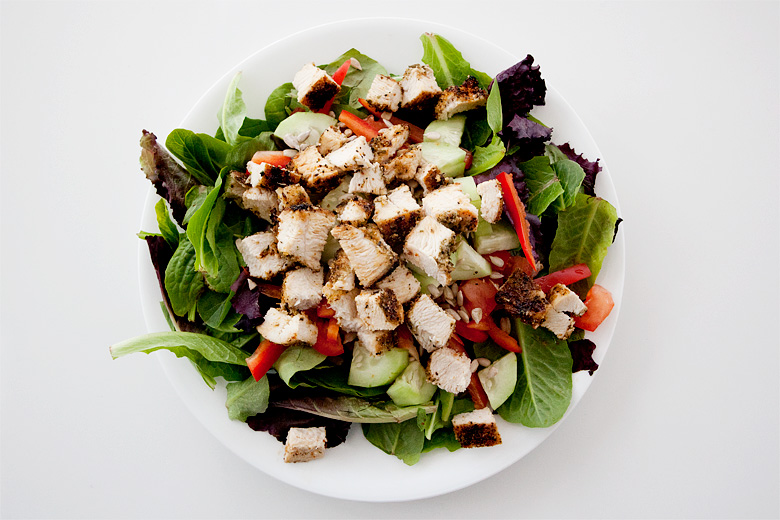 Last weekend when we all packed up and spent a few days in Moab, I was certain that I was going to return home with the raging cold that had conquered both of my kids, my mother, my stepfather, and even Dane. The first night there I got no sleep because every single person was coughing up internal organs and a woman staying in the room directly next to mine in the building was letting everyone in the state of Utah know that she was in some way satisfying certain carnal desires.

Wow, that was one of the most Mormon things I’ve ever written on this website. The dangers of carnal desires! All the Mormons in the audience just nodded. Admit it, Mormons. Your inner 14-year-old just snickered.

Had Leta been awake and heard all the commotion I guarantee she would have said, “That woman sounds very happy.”

The day after we returned I experienced a few hours of a runny nose and general fatigue from traveling, but then both symptoms went away immediately. I am now one of those crazy people you can’t stand to be around who has convinced herself that her diet is totally responsible for this. No, seriously. This is the only explanation. Unless the church is true and my mother put my immune system on the prayer list in the temple.

I’ve been surrounded by awful illnesses all season, and even though I’m quite possibly more stressed out than I have ever been in my life, I’ve managed to stave off one after another. Ever since I started eating Paleo in 2011 I haven’t had a single sinus infection, and you guys, I used to get sinus infections that would paralyze the entire right side of my face. My sinus infections could totally beat up your sinus infections. Am I bragging about my sinus infections? Yes, I am, and while I’m at it I’ll go ahead and bet that my hangnails could slice in half a pork filet.

You so want this.

This got me thinking about all the other ways I could clean up my life and what the cumulative of effect of that effort might be. I’m sort of starting things over in a way, and while I already work out regularly and eat a diet that keeps me healthy, there could be some excellent symbolism in making some firm changes in other areas of my life. Like, instead of just threatening to stalk Ryan Gosling, actually stalking Ryan Gosling.

Here’s where I want to mention that this is a sponsored post and for those of you who might take issue with me mentioning a product in a post, you don’t have to continue reading. I agreed to it because it fits with the changes I personally want to make right now at this turning point in my life, things like conserving more energy and water, never using plastic bags at the grocery store, turning off my car if I’m going to idle for more than a minute, purchasing humanely raised meat. Changes that are good for me, good for the earth, and good for my kids to see. Changes that could possible seduce Ryan Gosling.

What really hit home about this is that I thought I was doing most of these things already — I am an annoying self-righteous liberal, for crying out loud — but then I realized how incredibly lazy I get not just sometimes but all too frequently, especially when it comes to decreasing my horrible human footprint on this planet. And then a major brand like Clorox comes along and formulates household cleaners called Greenworks that are being nicer to the environment than I am. Are they doing it just because it’s the hot new thing right now? Because it’s hip to be green? I’m not sure that really matters. They’re doing it. It’s a start. This means that a lot of people who might not ever be open to the idea of using a greener product have it that much closer to their faces. And you cannot argue that that is a bad thing. If this entices other companies to follow suit? Even better.

It’s a little too late to make this a resolution for the year, but I can at least rededicate myself to being a better recycler, investing in beauty products that don’t poison me and cleaning products whose fumes won’t give my children headaches, even just picking up trash if I see any on a walk. The cumulative effect of my doing these things is of course not going to save the earth from the cancer that is Human Beings, but I’m really interested to see the effect it will have in my day-to-day life as I move forward from here, this turning point. I also really hope that maybe my kids will pick up on some of my good habits. Let’s start with: EATING SOMETHING OTHER THAN FRUITY PEBBLES.

This post is sponsored by Green Works®. You don’t have to compromise to be clean when you use hard working, plant-based cleaners powered by The Clorox Company.