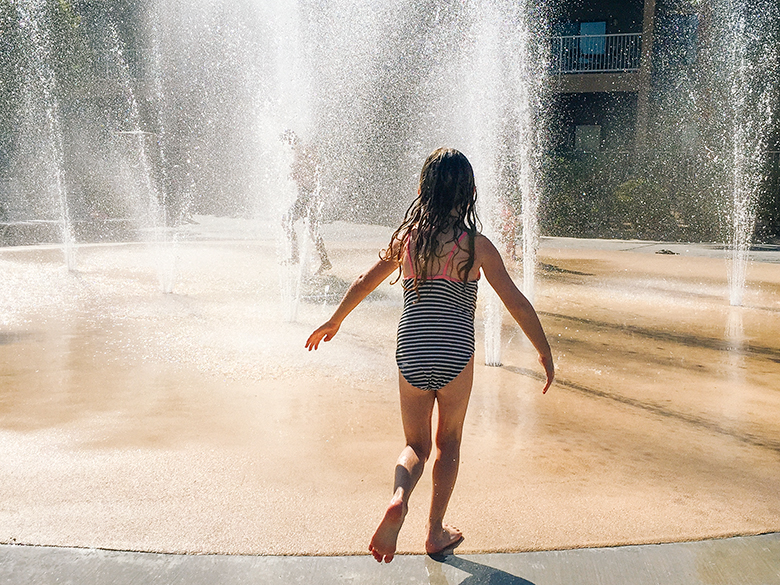 Back in May I revealed that that I was experiencing one of the worst bouts of depression I’ve endured in years. I finally saw a nutritionist (she told me to count calories, so I counted the ways in which I would not see a nutritionist again), visited my primary care physician for a physical and blood work, and returned to regular therapy. I should probably stop listening to the most recent Radiohead album, but if we’re making tough decisions here MAYBE I DON’T REALLY NEED TO BE HAPPY.

My physical turned out to be routine and showed that I’m in phenomenal health, but the initial results of my blood work were infuriating: everything looked perfect if not more than perfect. ARGHHH. NO! Nooooo! WHAT IS WRONG WITH ME? There has to be something wrong! Do not blame Radiohead. I only listen to “Daydreaming” and cry once a day.

“Everything looks really good!” she began, and I immediately reached for the life-sized pillow of Thom Yorke I own so that I could weep into its pale, skinny neck. “However,” she continued, “…we did find that you have a very severe vitamin D deficiency.”

Duh, Heather. I eat no food containing vitamin D and I avoid the sun like a cockroach that scrambles when you turn on the light. Remember? I’ve had multiple cases of skin cancer. This is how I once spent an entire vacation in Hawaii:

When my doctor diagnosed my first basal cell carcinoma, I had one of those confrontations you have with the idea of mortality that makes you stop and really think about what you want inscribed on your tombstone. Options I have considered: “Most Obnoxious Radiohead Fan Ever” or “Cheated Mercilessly To Try And Beat Her Mother On Fitbit And Failed Every Time” or “My Butt”.

The idea of cancer had me panicked. Because of the multiple spots I’ve had removed from my body I always say, “Love the indoors!” when filling out dating profiles. I’ve also made it my goal to do whatever I can to guarantee my girls don’t get it. Skin cancer is currently the most common form of cancer in the U.S.—rates have actually tripled in the last 35 years—and people still walk around half naked while waving a middle finger or two at the sun. Guess what. The sun’s gonna burn that finger right off. That’s why I force my kids to stay inside and stare at Netflix in the summer while wearing pants and hoodies with the drawstrings pulled tight. Curtains CLOSED. Sometimes I even feed them.

Is that what I did as a kid? No. Nope. Not at all! Nuh-uh. ZERO YESES. My mom didn’t care about me! I routinely stripped down, doused myself in baby oil or Crisco (I’m looking at you, TENNESSEE), checked my perm, perhaps thought to see if a giant piece of bologna was stuck in my braces, and laid in the sun in an attempt to achieve the darkest tan my pasty white skin could manage. You know those hotdogs (that my kids won’t fix me) that rotate for hours on end in the roller rink? TWINS! Now I’m paying for it, but I also know how to stay safe in the sun—or, you know, how to avoid it all together—so I can demonstrate good habits to my girls. Rule #1: wear a tent whenever you leave the house.

When I first went looking for the best sunscreen following that initial bout with skin cancer I found EWG and have referenced them ever since. They had all the answers to everything I hadn’t ever thought to ask about sun protection. From Sunscreen 101 to the EWG’s Guide to Safer Sunscreen, they helped me find sunscreen that was safe, effective, and gentle. And gentle is key because the girls and I have super sensitive skin. And to be totally honest, I’ve given up on being gentle while trying to apply sunscreen on my kids. I GIVE UP. It’s like wrestling an angry, vindictive octopus who cooks its own meth.

In fact, that’s what parenthood is: trying to raise that octopus without getting arrested.

The most important thing I learned from EWG is that sunscreen is a last resort. Yes, you should put it on if you’re going to be in the sun, but you should also wear clothes, plan around the sun, find or make shade, wear a good pair of sunglasses, and check the UV index (the light, not the vodka, but if you do have vodka on hand you can peel off the label and use it as an umbrella).

Too many products on store shelves provide inadequate protection and use ingredients that have been linked to endocrine disruption. And just what is this endocrine disruption that I speak of? According to wikipedia, “endocrine disruptors may be associated with the development of learning disabilities, severe attention deficit disorder, cognitive and brain development problems; deformations of the body (including limbs); breast cancer, prostate cancer, thyroid and other cancers; sexual development problems such as feminizing of males or masculinizing effects on females, etc.” This is where the authoritative voiceover asks menacingly, “Do you know what’s in your sunscreen?”

WHY ARE WE EVER LEAVING THE HOUSE?

Anyway, I’m currently taking a vitamin D supplement and have made a goal of stepping away from my computer and getting out of the house more. I know how to protect myself from damaging my skin even further when out in this summer sun, and getting more fresh air can’t hurt my mood. I’ve also got an appointment with my dermatologist to check out some suspicious moles, and I have not been diligent enough about doing this on the regular. That’s right. I HAVE NOT BEEN TAKING MY OWN ADVICE. If I won’t even listen to me, I don’t know why I’m surprised that no one has yet to fix mama a hot dog.