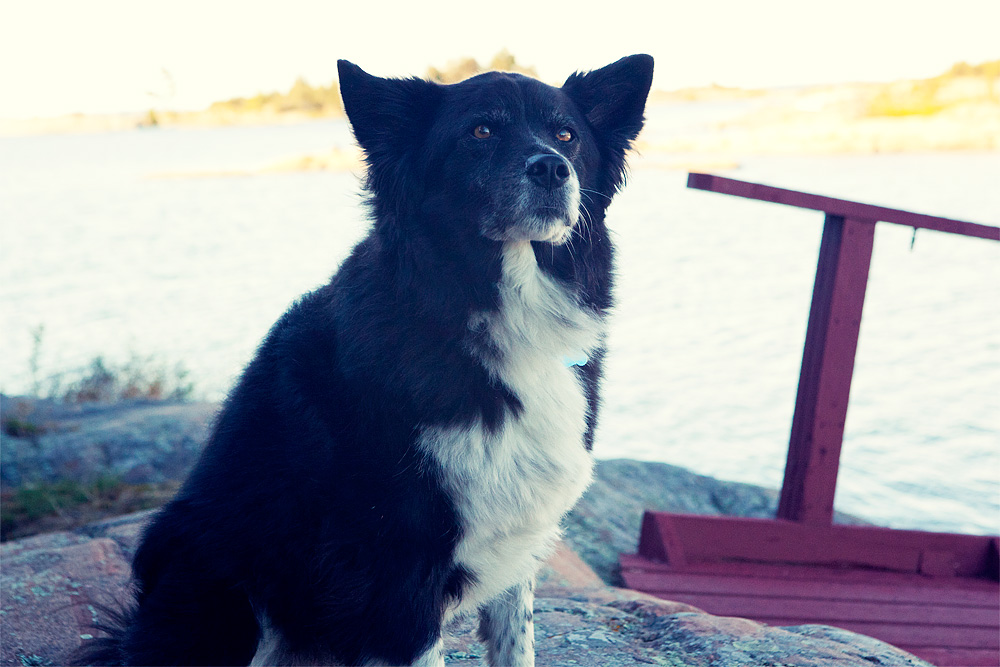 Today’s Daily Chuck has a special guest, Griffin, a Border Collie mix who could teach Coco a thing or two about sanity. He was a resident on the island where I vacationed on Lake Huron and performed his canine duties by running out of his cabin and barking at any boat that passed by. Every time he did that I wanted to nuzzle him and say, “You tell that boat, Griffin!” Because I’m sure that boat had done been told.

Other than performing several tricks and being fiercely loyal to his owner, he remained true to his DNA when anyone would try to cuddle with him. He’d let us pat his head, and then he’d be like, “Did you get your fill? Because this Island? It isn’t going to protect itself.”