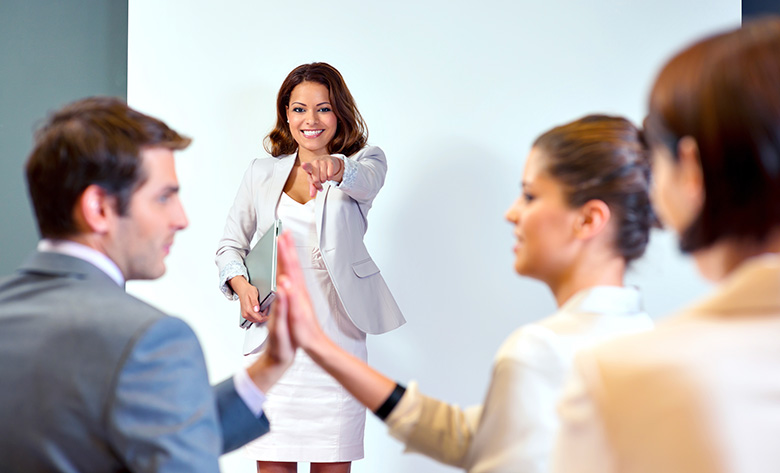 (Just a note, Mom. You’re going to grimace at some of the language here, but I know you and you are going to cackle. And next time I see you, you will flip me the bird because I am so right.)

The people you are bound to encounter on a weekend away, whether it be a conference, work retreat, destination wedding, bachelorette party, or family reunion:

Your second or third cousin whom you haven’t seen since you were both four years old: Over the course of the weekend, you will discover these things about them, in this order: They’re really cool! They are so funny! Not to be weird but they are kind of hot! Ohhh shit, they are super racist. Suuuuuper racist. Back away.

The person who has a drinking problem and you didn’t know it until after you got persuaded into staying out with them after everyone else has gone home: So far, this person has been super fun on this weekend away, and you’re like, “How did I never know how much fun Tom was?!” Sure, they booed everyone else for heading back to the hotel at 1 am, which was kind of juvenile, and while you’d usually be in that group, you’re out of town, so you figure why not, live it up a little! Sure Tom, let’s stay out! You are about to regret this so hard, probably about the time you hear the bartender shout for last call and you turn around and find that Tom has just purchased 3 shots and 2 doubles for the both of you to consume in the next nine minutes. I hope you brought a cattle prod and unwavering patience, and are prepared to hide Tom’s phone before he calls a guy who used to be his friend’s dealer once. You will not sleep tonight.

The person who volunteered to be in charge of food and bought one loaf of bread, three chicken breasts, and a six-pack to feed eight people. This person without fail bragged about their cooking skills in several emails leading up to this weekend.

If you’re away on a bachelorette party, there is guaranteed to be a bridesmaid who doesn’t really know the bride anymore but is still an obligatory member of the wedding party even though this bridesmaid is a raging narcissistic bitch. Extra points if this woman is more familiar with the city the bachelorette party is in than the rest of you, and she probably is, because she probably strong-armed everyone into doing what she wanted. This bitch is going to cost you so much money. She thinks the bride needs a penthouse suite, and champagne in the room before you go out, ACTUAL champagne, not Prosecco, and then dinner reservations at a restaurant so fancy you don’t even own anything close to the right kind of clothes to be allowed in there, like can you just wear black, I don’t know, and then she will make you all go to a club afterwards, a CLUB, not a bar, where she will leave you all quietly talking about Sweet Valley High books in a corner while she has a fight with a male model she used to date. Do you know what the bride would actually prefer to be doing had this bitch not intimidated everyone else into this night? Of course you do: eating pizza while getting hilariously drunk in the hotel room with all of her real friends in their sweat pants. The Sweet Valley High conversation stays.

Your friend’s childhood friend who is hilarious and gets all your jokes and you want to hang out with all the time now: they will live 1500 miles away from you.

The person who wants to give everyone back rubs: seriously, who are these people and why can’t they all go live on an island together somewhere.

With some groups of women, if you reach the right number, there will always be one woman who feels the need to lock herself in the bathroom to cry about something, whether it’s a perceived or actual slight from someone within the group, or just, like, that she had a bad week. The rest of the group are usually in the middle of something completely different from crying in a locked bathroom, but not necessarily its polar opposite. I imagine the crying bathroom woman imagines the rest of the group are dancing in a circle, laughing, having perfect hair and no underarm odor, saying things like “Thank god Nancy locked herself away, now we can all become blood sisters!” Whereas in my experience, the rest of the group is more typically doing something like unpacking their overnight bags, or pouring chips into a bowl and asking if anyone bought salsa.

Closely connected to the crying woman locked in the bathroom is the woman who assigns herself intermediary between the bathroom woman and the rest of the group. This woman, to me, is one hundred times more annoying than the woman locked in the bathroom. The woman locked in the bathroom is either painfully shy, or has had a bad week, or has some kind of trauma or stress trigger and for some reason this group getaway has set it off. Sometimes this is tedious, especially if you go on group getaways with this same woman more than once, but we all have hearts, do we not? We all will at least initially be like, “Wait, what’s wrong with Nancy?” But this other woman, this intermediary, she is electrified and invigorated by the role she has given herself. I guarantee you she has been playing this role since Amy T. locked herself in the bathroom at Amy J.’s slumber party in fourth grade. That’s when she learned what got her off, and she has been seeking it out like a junkie every since. Her role is to come out, interrupt the group, and immediately make everyone feel bad for not knowing something that has just happened in private. “You guys,” she’ll say in accusing, hushed tones, eyes narrowed. “Nancy locked herself in the bathroom and is crying.” And then she feeds off the next part, where everyone is confused and engulfed in shame and asking her questions. You can actually see her grow stronger here. If you look closely, you’ll see lightning crackle between her fingertips. She is doing poor Nancy a grave disservice, because she does not actually give a fuck why Nancy is crying in the bathroom, but she does care mightily that she can turn the tide of the entire evening, and perhaps weekend, because of it. The quickest way to piss this woman off is to not ask her anything but go directly to the locked bathroom door and ask Nancy what’s wrong yourself. There is no way to win this one though, so I suggest hanging back and eating the chips in the bowl that everyone else has temporarily forgotten. Maybe go buy salsa.

If it’s a family reunion near a beach, someone is going to suggest you all take a photo together wearing white and khaki. White people, you have got to stop doing this. It’s boring, you all look washed out, and something about it is vaguely racist but not quite, like those Lexus commercials in December where all the blonde families dressed in white give each other white Lexuses while it’s snowing. It just doesn’t sit right. Of course I’m not seriously calling you racist for doing this, but god, it is so basic. I can already see that photo pinned to a gray cubicle wall and it makes my soul scream. Just wear some color.