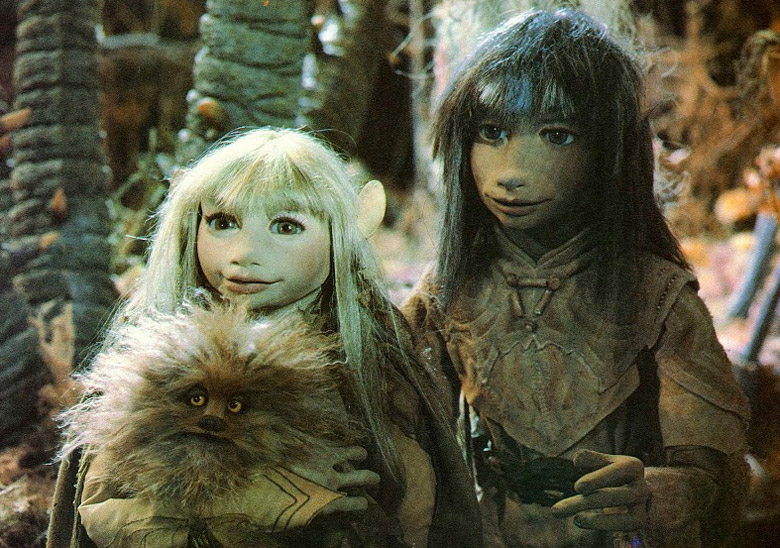 Movie my mother fell asleep to in the theater while 8 months pregnant with me:
Star Wars

First non-animated movie I saw in a theater:
Raiders of the Lost Ark

First non-animated movie I saw in a theater without having to be removed from the theater for screaming because my parents somehow thought Raiders of the Lost Ark was about Noah:
E.T.

Inappropriate movies my grandmother took me to see in the theater as a small child:
Song of the South
Ice Pirates

Movies I can quote every single line of dialogue/sound effects to because we owned them on Betamax when I was a kid:
Ghostbusters
The Empire Strikes Back
Airplane!

Movies that were always on HBO when we first got it in the mid-80s:
Midnight Madness
Lady in Red
Cat’s Eye
Johnny Dangerously

Movies I could not stop watching every day at my friend Stephanie’s house the summer before fifth grade even though they scared me so badly I couldn’t sleep at night for weeks:
Poltergeist
Poltergeist II
Rosemary’s Baby
Sleepaway Camp
Twilight Zone: The Movie

Movie I pretended to see when I was 15 so my dad would drive me to the movie theater even though he refused to buy me a ticket for Bram Stoker’s Dracula because it was rated R and then afterwards he asked me how I liked the movie and I said “It was so boring I fell asleep” so he couldn’t bust me for not knowing the plot because I’d snuck into Bram Stoker’s Dracula instead:
Of Mice and Men

Movie I saw on my first date because we were both too awkward to suggest anything we actually wanted to see:
Home Alone 2

How long that relationship lasted, in the same vein:
One and a half years

How long one and a half years is at age sixteen:
An eternity

Movies I didn’t see until later in life and now regret all those years not knowing:
Point Break
Highlander
Purple Rain

Movie I didn’t see until later in life and honestly did not see what the big deal was:
Dirty Dancing

Movie I walked out of even though I scrounged up my last $5 in car ashtray nickels to buy a ticket:
City Slickers II: The Legend of Curly’s Gold

Line from that movie that still makes me want to throw up:
Billy Crystal trying to initiate morning sex with his wife by saying, “Look honey, the little man wants to go to the parade”

Movie I watched once in my early twenties and then added to my favorites list on every social networking profile I made for a decade and then rewatched recently and was so embarrassed:
Twin Falls, Idaho

Movies my husband and I quote most often to each other:
Abigail’s Party
The Neverending Story

Movie my husband admitted to watching on Netflix “to help (him) fall asleep”:
Gnomeo & Juliet

Movie my husband admitted to watching on an airplane “to help (him) fall asleep”:
Bride Wars

Movie my husband watched on an airplane and every time I mention this fact he slides a bead down our marriage abacus towards divorce but I still cannot stop telling people:
Bride Wars

Movies I found fine the first time and do not require repeat viewings but the rest of the world seems to feel differently:
Anchorman
Willy Wonka and the Chocolate Factory

Movies I will sit down and watch every time they’re on TV regardless of how many times I’ve seen them/how good or bad they are:
The Mummy
The Mummy Returns
The Parent Trap (Mills or Lohan, it don’t matter)
Deep Blue Sea
Coal Miner’s Daughter
Urban Cowboy
Braveheart
Dirty Rotten Scoundrels
The Italian Job (1969 version only)
National Treasure
National Treasure: Book of Secrets

Movies my friend Laura and I will watch every single time we’re together with a bottle of wine:
The Dark Crystal
Labyrinth
Legend
Willow

Movies I hate so much I can’t speak about them coherently for very long without just starting to make noises:
Love Actually
Notting Hill
Ice Age
Ice Age: The Meltdown
Ice Age: Dawn of the Dinosaurs
Ice Age: Continental Drift

Tumblr I started to document why and how much I hated the Ice Age movies:
Ice Rage

Person who actually came up with this name:
@jenniferh

Movie you might expect me to hate but you would be wrong:
The Sound of Music

Movies you might guess I would like because I said I liked The Sound of Music but again you would be wrong:
My Fair Lady
West Side Story
All other musicals
All of them

Last movie I saw in the theater:
Don Jon

Next movie I plan to see in the theater:
Last Vegas

Best movie I ever saw in a theater:
Knowing