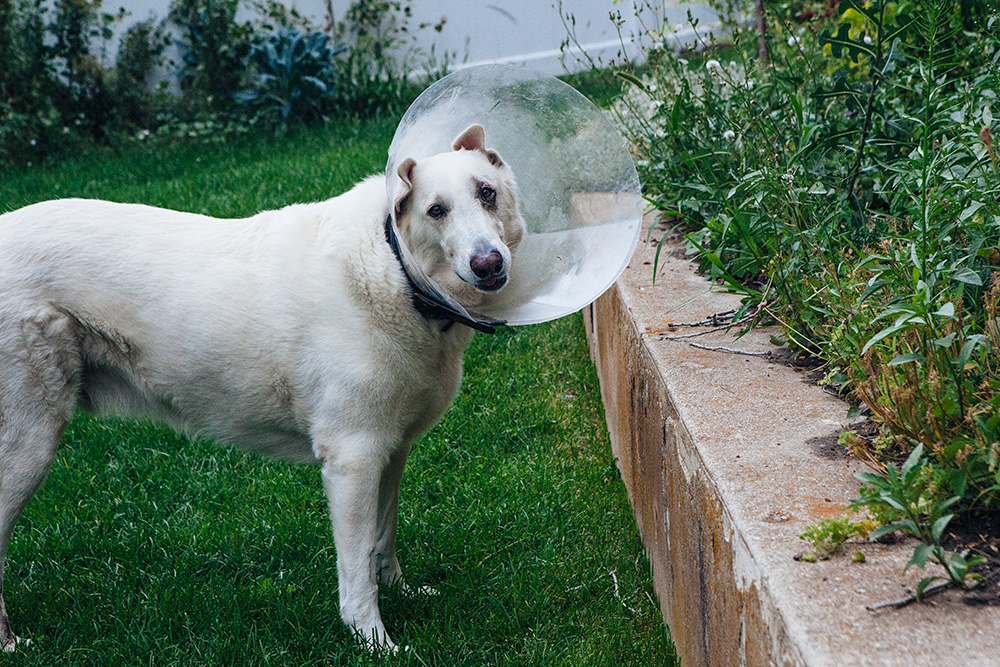 My sincerest apologies to all the Kevins out there, but going forward I will never be able to hear that name without thinking of a direwolf in a head cone:

This is my friend Rachel’s dog Kevin, and he recently got into a little situation with another dog. It required surgery and stitches around his left eye, and I feel bad for him, I do, but he has had this thing on for over a week and still doesn’t realize it’s there. It’s a teeny tiny bit hilarious. Just a little bit. He’s enormous. Giant. Mammoth. And he seeks out affection which can be awkward when suddenly you find yourself lying on he ground because a direwolf wanted you to pet his head and a cone has pierced your crotch.

Here he was trying to eat the greenery but couldn’t reach it because, well, head cone. The sound of that plastic slapping the concrete had me doubled over I AM SO HORRIBLE.