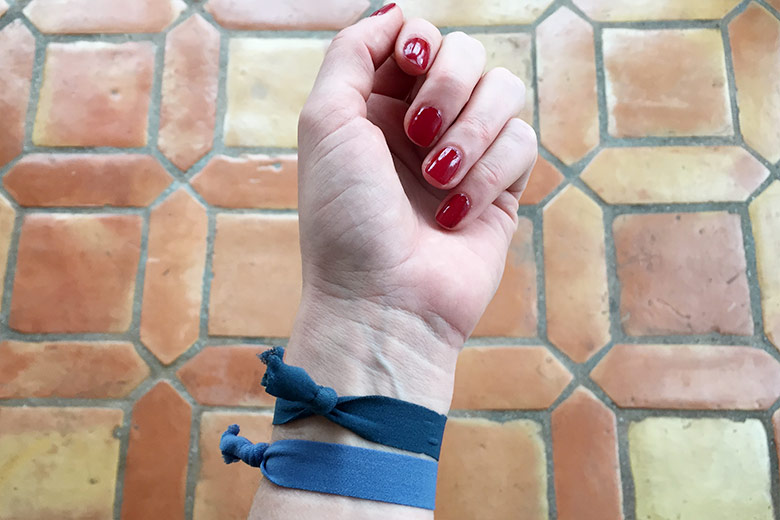 Catching up from December has proven a little bumpy, all of it compounded by an inordinate amount of conference calls and the fact that Marlo is waking up much earlier than normal. She figured out how to unchain her ankles from the bed, so I’ve got to come up with a another solution. I’m open to any suggestions, even if it includes a cage or an electric fence.

My mother noticed the fatigue in my voice during our nightly phone calls and offered to take the girls on Sunday for several hours so that I could work in some “me” time. She suggested I climb back into bed or watch a few hours of TV, and I gave her a total stink eye. Go back to bed? Does she not realize who my mother is? Because when she does find out she’s going to realize how dumb that suggestion was.

My mind raced with the possibilities of what I could do with those several hours, and maybe this is middle age but I started by doing the first of three loads of laundry. And then I cleaned the kitchen and living room. After I took the dogs for an hour-long walk, I organized two junk drawers, the pantry and the refrigerator. I so desperately wanted to see clean surfaces and cans lined up in neat little rows, containers of pens separated from the paperclips that had been lazily dumped beside them. Kids are constantly surrounded by a cloud of swirling junk, and if you don’t want to turn into a person who spends quality “me” time by folding other people’s clothes, there’s this little thing called abstinence.

I did happen to pass a mirror while running around rearranging things and thought, who is that homeless person and what is she doing in my house? I had a few hours left of my afternoon so I decided to take a quick shower and then head out to get a desperately needed manicure and pedicure, something most people would consider quality time, right? A total indulgence. All of my fingernails were chipped and catching on my clothes, and the soles of my feet were cracking from the cold, dry air of winter. I would sit in that chair, I thought, close my eyes and take 1,400 deep breaths.

EXCEPT FIVE MINUTES INTO IT MORMON HYMNS STARTED PLAYING OVER THE SPEAKERS.

The? What? OH COME ON. And not just your regular Mormon hymns, no. Songs they teach specifically to kids and teenagers. Songs I know every goddamn word to:

That’s right. Let that video and song sink in. Because while I was supposed to be relaxing and enjoying some “me” time like normal people do I WAS SINGING THE SONG IN MY HEAD. It was automatic. Involuntary. Instinctive. MADDENING.

This continued the entire time I was there. Mormon song after mormon song that I knew every single word to, that I couldn’t stop singing along to in my head. I won’t embed them all here, but the Mormons and former Mormons among you will recognize the following:

It brought back all these traumatizing memories from my childhood when I would think of something “dirty” like two people kissing or hearing the word dam and trying not to think of it as “damn” in my head. I may as well have been a murderer, certain that I’d just ruined my eternal salvation.

When my nails dried and I waited for the pedicure to end I texted my mother: “You took my kids so that I could have some ‘me’ time and I’m at a nail salon WHERE THEY ARE PLAYING ‘WE ARE AS THE ARMY OF HELAMAN’”

She responded with a winking emoji and something about there really being a god. If there is, Mom, the dude is into torture. Not cool.