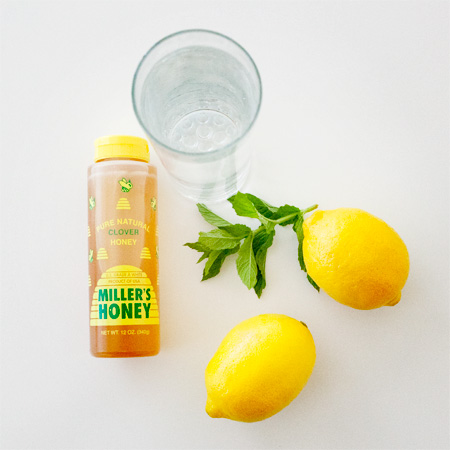 Last week’s virus that sealed my throat shut luckily lasted only a few days. Normally, a sickness like that would have knocked me out for at least a good week because I am descended from a Hamilton. Our white blood cells were acne-ridden nerds who were picked on mercilessly in middle school, so now they avoid conflict. An Illness shows up and they’re like HERE’S MY LUNCH MONEY. Oh! And let me show you where I keep my panties so that you can soak them in water and stick them in the freezer.

I never did end up going to the doctor, so I read up on some home remedies. Now, stop it right there. Do not shake your head at me. I’m not talking about voodoo dolls or shaman or spitting moonshine at imaginary spirits while I hop on one leg, although remind me to tell you about that one time we hired an exorcist to rid the house of the bad juju that we could feel clinging to the walls in every room, and OH MY GOD I JUST USED THE WORD JUJU ON PURPOSE.

(I’ve only grown one dreadlock. So it’s okay. I’m going to listen to Britney Spears to cleanse myself.)

She determined that there were two vortexes in the basement sucking in negative energy from surrounding neighborhoods: diseases and house fires and car crashes and long held disputes between fathers and sons. ALL LIVING IN MY BASEMENT. And none of them were paying rent THOSE ASSHOLES.

Anyway, by home remedies I mean, short of burning a giant bushel of salvia and chanting Native American prayers while spinning in circles, was there anything I could do to make living through my symptoms any easier? Thankfully my google searches returned only a few stories of death and gore and a Yahoo! answers page where someone didn’t go to the doctor and next thing you know their nose had fallen off. Whatever, you noseless drama queen! This is THE INTERNET. Lose a few more limbs and have a house fall on your dog. How else can we take you seriously?

So, yeah. I took a ton of ibuprofen, but that wasn’t really doing anything for my throat. And you guys, every swallow was a knife sliding down the back of my mouth. Most medical websites suggested I try a homemade drink of hot water, lemon juice, and honey:

That sprig of mint is lying there only for styling purposes. It has no medicinal value in this scenario whatsoever. But see how it ties together the label on the bottle of honey and the color of the lemons? Yeah? Hey, design blogs: YOU’RE WORKING!

And, wow. No, wait a minute. Not empathic enough. WOW. WOW. WAHHH-CHICKA-OW-OW.

Best home remedy ever. After one glass I wasn’t screaming anymore. After two glasses I was able to consume food. After three glasses I was shitting newborn kittens. It was amazing. From now on this is exactly how I will treat a sore throat.

DISCLAIMER: I am no medical expert. If you try this drink and then die, I take no responsibility whatsoever. (Kittens could possibly rupture your lower intestine.)