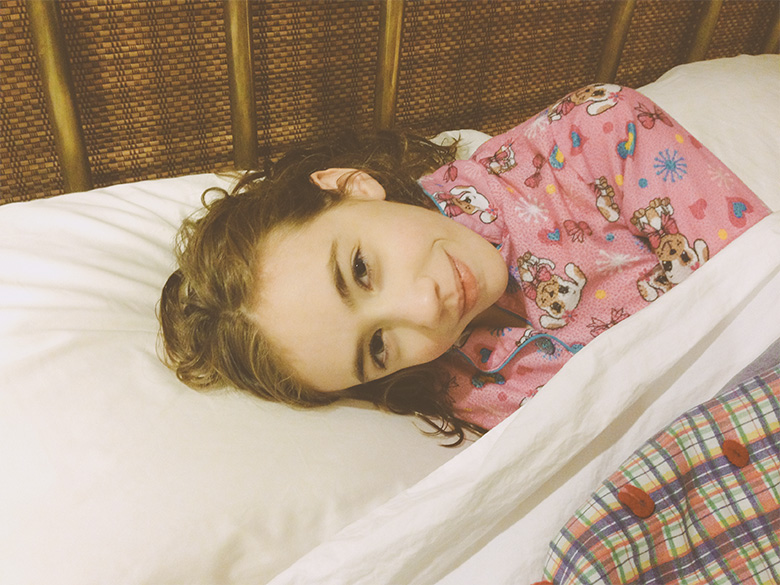 Over the weekend Leta and I worked on the second of several oral presentations that she has to give over the course of the school year. This time she chose to research the early Mormon settlers because her great great great grandfather was among the first to arrive here with Brigham Young. This practically makes her Mormon royalty. Which is interesting because my great great great (forgot how many greats to insert here) uncle is Daniel Boone. This makes her redneck royalty.

Oh the wives and guns and coonskin caps she will inherit.

It’s a strange thing to condense all that history into a three to four minute presentation that will make any sense to a class of fourth graders, that will keep them interested and focused on what she’s saying. It’s not like she could hang a disco ball, turn the lights off and start spinning records. Although I’d really like to witness that. Hey DJs. Here’s your challenge: do an entire set with only records from the Mormon Tabernacle Choir.

We found that the first group to head west from their settlement in Illinois included 73 wagons, 93 horses, 52 mules, 66 oxen and carried enough supplies for 148 people to survive for an entire year. I showed her how to emphasize each statistic, pausing between each one to signify their importance: 73 wagons… 93 horses… 52 mules… Like, they didn’t just climb into an air conditioned minivan and and stop at Wendy’s for a Frosty.

I also showed her how to gesture with her arm when she recited a line from someone in the group who was overcome by the beauty of the valley: “We could not refrain from a shout of joy which escaped our lips the moment this grand and lovely scenery was within our view.” When I asked her to mimic my gesture she continued moving her arm and then ended up twirling in a circle. It was adorable but I told her to tone it down a bit since she wasn’t guest starring on a very special episode of Glee.

The most difficult part, of course, was getting her to memorize the whole thing. And sure, it was ten notecards worth of information. But I had to do the same thing at her age, and what’s that saying… how does it go… THIS ISN’T THIRD GRADE ANYMORE.

When she’s sixteen years old and complaining about having to do her own laundry I’m going to break out that saying and she’s going to be like, mom, that was what? Seven years ago? And then I’ll say, “Oh, would you rather I talk about my butt?”

Yesterday I showed up to her class a few minutes before presentations began, and Leta was the first to go. I sat at the back of the room and beamed as every word on those ten notecards came out of her mouth. She didn’t have to look down to reference them once. When it was over and she asked if there were any questions, hands shot up around the room. This was something else we had prepared for: potential questions from fellow nine-year-olds.

Let me rephrase that: “This was something else we were BRACING for.”

Leta pointed to a girl toward the middle of the room.

“Um… where did you get all this information?” she asked.

Leta teetered on her feet a bit and then answered, “I found it all on the Internet.”

More hands shot up, but that girl was not finished. “On the Internet? Wow. I already knew all of it because I go to church.”

OH SNAP. She goes to church. Leta? Leta performs Wiccan rituals in the basement that I’ve modified to include goat blood and the aborted embryos of bald eagles.

She then pointed to a boy at the far left of the room. “Why were there so many mules?” he asked.

Leta lost her concentration for a bit but recovered and gave the answer the teacher had instructed them to give when stumped by a question. “I didn’t research that part,” she answered.

Right then Leta’s best friend Gigi raised her hand, and because she was so overcome with her realization she didn’t wait for permission to speak.

“I know why there were so many rules,” she said. “BECAUSE THEY WERE MORMON!”

I could lie to you and tell you that I didn’t let out a giant snort. But I won’t. You guys. I snorted like a pig. I snorted so loudly that I strained a muscle at the back of my throat.

Other kids started laughing while some were like, “MULES, Gigi. MULES.”

But she continued, “The Mormons have all those rules, you know. They can’t do anything.”

You know who doesn’t have all those rules? Wiccans. Wiccans are free.

I texted Gigi’s mom later in the day to thank her for her daughter and the light she brings to our lives. That was the exact response from a fellow nine-year-old that I was hoping for.