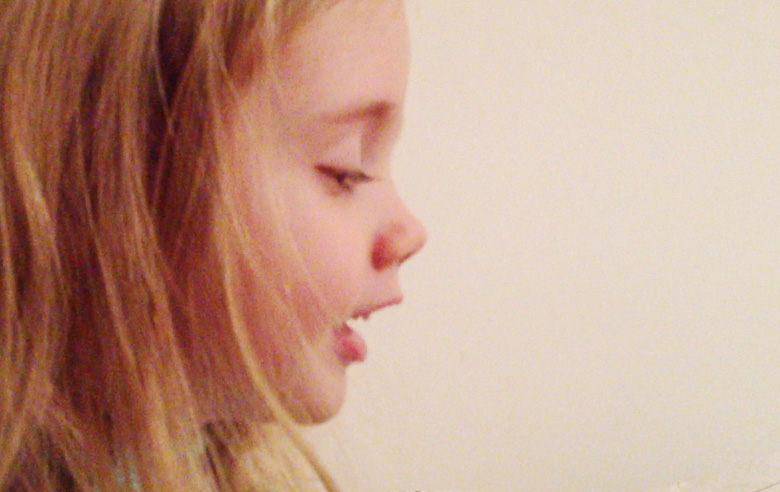 There’s a game I like to play with Marlo… wait… rephrase: there is a game I am FORCED to play with Marlo now that she willfully ignores people for the thrill of it. Oh, really? Did you say something to her? Yes, she heard you, but she’s not going to acknowledge you. Why? Why should she? Why would she when doing this totally pulls your strings? When doing this aggravates the shit out of you? It’s like she got to make a planet and is watching people scramble after setting a forest on fire. And she’s just sitting there eating popcorn.

Raising my voice does nothing to repair the situation. Threatening to throw away toys is useless. When I lock her in a cage she just ends up throwing her feces.

The only thing that works is to refer to her by a name other than her own. Once when I was totally fed up with being ignored, I turned to walk away and said, “Whatever, Marna Lou.” It enraged her.

“I AM NOT MARNA LOU!” she shouted after me.

“Last I checked it said MARNA LOU on your birth certificate. Deal,” I said in return.

“Oh really? Your name is Marlo?”

“Okay, Marlo, remember how I asked you to put your cup in the sink? Get to it.”

She was so distracted by her outrage that she forgot that she was ignoring me. Kid walked over, picked up her cup and carried it right to the sink just like I had asked her to do. Jesus, you guys. Whoever invented parenting is the same type of fucker who would hand you a whisk and a stapler and demand, “Make fire.”

We’ve gone through this routine so many times now that her outrage has transformed into playfulness. She now finds the whole thing pretty funny. But the same amazing thing happens: distraction. Sometimes we’ll just play the game for the hell of it, like the other night before bed when I was trying to get her to say her whole name: Marlo Iris Armstrong.

Sadly, Marlo is not named after Marlo Stanfield from “The Wire.” Her name was decided before I ever saw an episode, but her outrage when I called her something other than Marlo? She should be. (That link is super NSFW. Just got chills watching it like I did the first time, shiiiiiiiiiiiiit.)