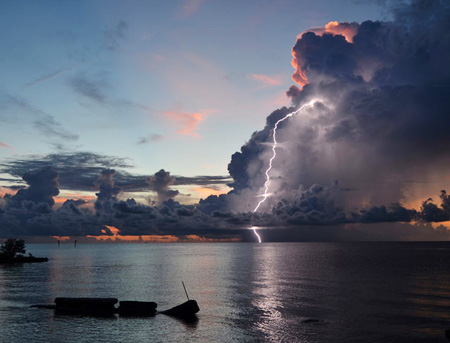 – If you only watch one thing on the Internet today, it should be this: ‘Key & Peele’ have fun with football intros. Be sure to watch it all the way to the end.

– If there is one thing you listen to on the Internet today, it should be this: Barack Obama is tired of your shit. (thanks, Kate)

– This will confound many people in the Republican Party, but I built a business and earned my own success and yet I agree with this entirely: Disdain for Workers

And when Mr. Romney waxed rhapsodic about the opportunities America offered to immigrants, he declared that they came in pursuit of “freedom to build a business.” What about those who came here not to found businesses, but simply to make an honest living? Not worth mentioning.

– Gorgeous multiple exposures (not post-processed) of well known buildings around Europe and the U.S.

However, the female orgasm is an entirely unpredictable incident. In such cases, a woman will moan loudly and scrape her fingernails on a nearby surface, tearing velvet pillows and plush toys to shreds. She will flop her head from side to side and reveal deep, dark secrets from her past. She may even eject a squirt of yeastial fluids that rises into the air like a decorative garden fountain. It will bubble for several seconds before subsiding. Most girls are usually deeply embarrassed by this ridiculous spectacle.

– Sir… It was raining and it’s cold, may I ask if you have anything to eat?

– And now I have to hate Rooney Mara. (thanks, Amanda)

– The Problem With The Emmy Awards In 5 Pictures

– Incredible how each one is instantly recognizable: Noma Bar’s Minimalist Vector Portraits of Cultural Icons

– A meticulously curated tumblr. I want to live inside it.

When my guests come over it’s gonna be like, BLAMMO! Check out my shellacked decorative vegetables, assholes. Guess what season it is—fucking fall. There’s a nip in the air and my house is full of mutant fucking squash.