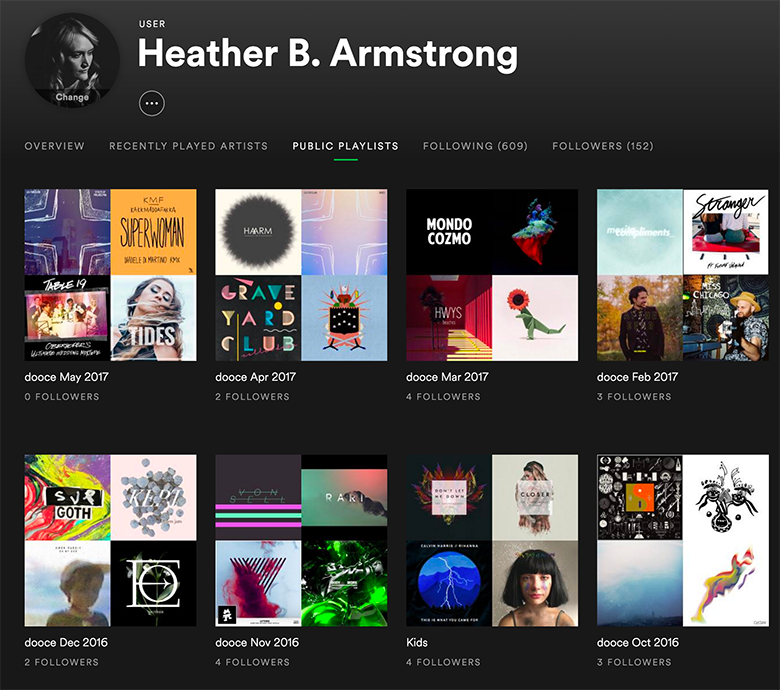 Yesterday my friend Kelly asked her friends on Facebook about covers of songs and which ones they like better than the original version. Here is my very opinionated and authoritative opinion about covers and why I didn’t have any in my arsenal with which to litter her comment section: why are you wasting my time making a cover of a song if it does nothing to change or improve upon or reinterpret the original piece of art, Braxton?

Someone in America named their kid Braxton, and one day that kid is going to wake up and find out that he is the human equivalent of a fake contraction. If you do not get that reference, BYE.

I didn’t scroll through the responses because I generally do not like covers (surprise), but she tagged me in one answer that featured this cover of Radiohead’s “Creep” by an artist called Kawehi.

Before I begin, here is the other thing about covers I hate because I’m an insufferable snob: everyone is always covering the same damn song, and I have heard enough covers of “Creep” to know that no one has ever come close to what Thom Yorke achieves through vocals alone from about 2:22-2:42. That song is almost 25 years old and that refrain there—those 20 seconds in his voice— that is still the sound every heart makes when it collapses in on itself from the weight of unrequited love. And it always will be.

However, this cover is one of those rare instances when someone has taken a Radiohead song, reinterpreted it in multiple genres all at once, turned it on its head and achieved the sound of a heartbreak just as universal. I could not be more in love with this version. And now I can’t stop listening to everything else she’s got going on. Which leads me to…

I’m being a terrible lover of music by encouraging the use of a music subscription service—I KNOW THIS—but it is the most used app on my phone. I try to support the artists I love by seeing them live when I can and buying their music. Spotify helps this because it introduces me to artists I would have never known about otherwise on a weekly basis. They have some spooky algorithm going on that creates a weekly “discover” playlist based on what I’ve been listening to, and because they are so dead on I’ve collected the best recommendations in monthly playlists of my own. March 2016 is a particularly good one, if I do say so myself.

This is not sponsored by Spotify, by the way. I hated the interface 18 months ago when I started using it and can still barely tolerate it. But when rdio closed it’s doors and I made the switch…

I hate remembering that month of my life. All of those memories.

I was suddenly confronted with a mourning process I’d successfully delayed for nine months, the death of a love so rooted in music that because it was everything between the two of us—weekly playlists we’d make for each other on rdio and speaking to each other sometimes only through the words of artists and bands—it was impossible to see the nothing that was everything else.

I loved him dearly. And sometimes I think I still do when I hear a certain chorus or refrain, when I see the name of a venue where we saw a live show together—when every single man in Utah has MUST LUV COUNTRY in his online dating profile. Falling in love to music is glorious unless it all has to end. And then it’s the shittiest twist of fate that life can play on you. That which brought you so much unstoppable joy now has you begging for death.

This is why I can’t listen to this song ever again. I hear the first beat and I come undone. Still.

If you have some good playlists you’d like to share, leave your profile in the comments or email me. I’m always looking for new music.