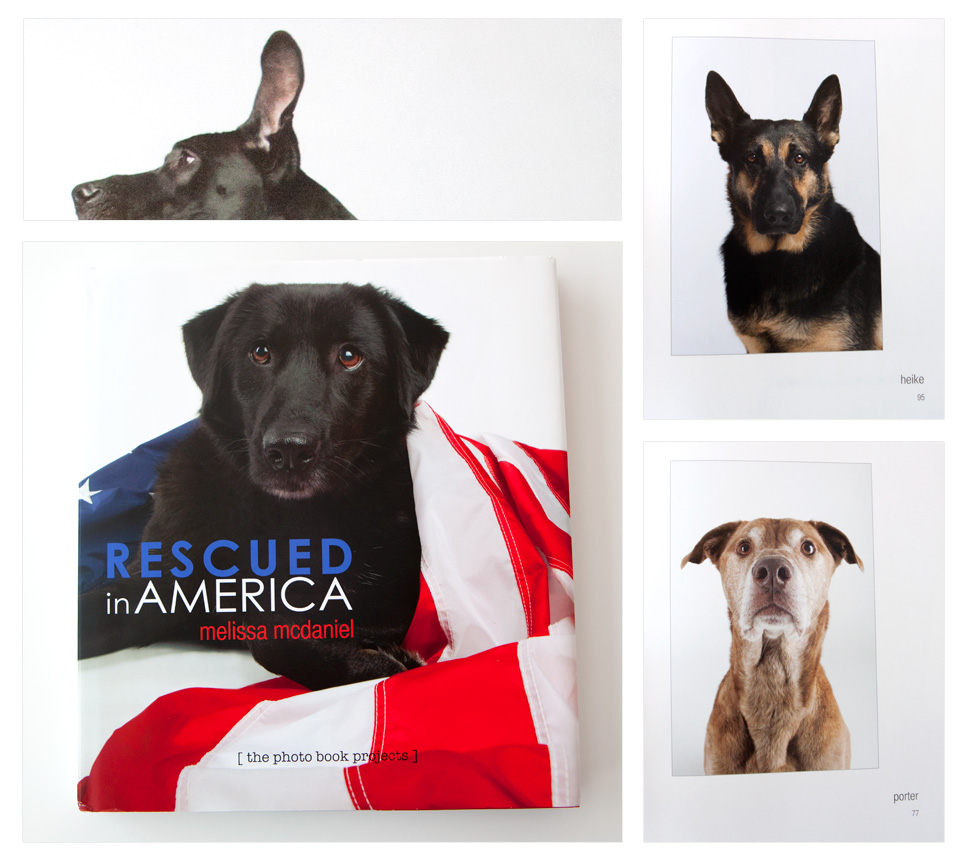 is the second in a series of photo projects by Melissa McDaniel designed to raise awareness about the issues surrounding mistreated or misunderstood pets, this one specifically featuring dogs who had at one point entered US shelters and were lucky enough to find permanent homes.

Most of us already know that shelter dogs make awesome pets, but what’s so interesting and fantastic about this collection of photographs is that it shows the diversity of breeds that end up in shelters and need to be adopted, from Pit Bulls to Golden Retrievers to Collies. It’s the story of dachshunds and Great Danes. It’s the story of Chuck.

She’s captured 105 portraits of dogs with details about each one’s adoption. Porter, above:

Traveling often for work, Porter’s previous owner kept him confined in the basement for days while he was away. Untrained and probably never walked, Porter was 2.5 years old when Amy Dengler adopted him from the Western Pennsylvania Humane Society. Since then he has blossomed, even starring in a nationwide anti dog-fighting public service announcement. Porter is now a demo dog in the Pit Bull Ambassador class that Amy teaches locally.