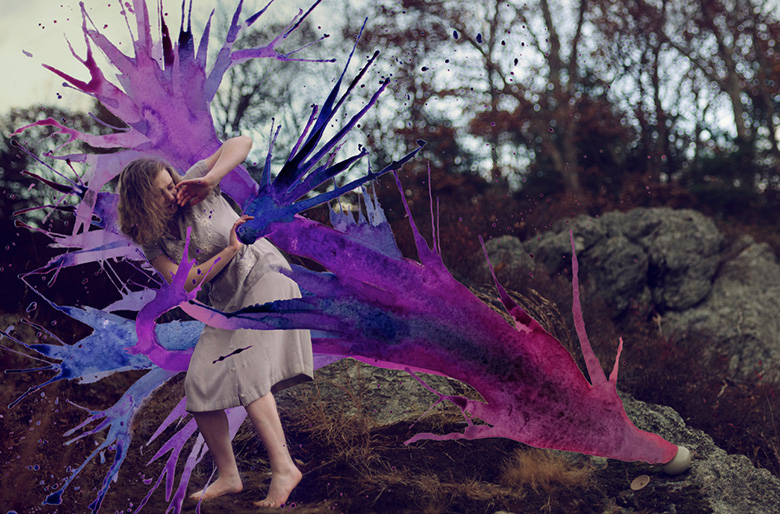 – What happens when placeholder text doesn’t get replaced

– Advice from Artists on How to Overcome Creative Block, Handle Criticism, and Nurture Your Sense of Self-Worth:

The idea of divine inspiration and an aha moment is largely a fantasy. Anything of value comes from hard work and unwavering dedication. If you want to be a good artist you need to look at other artists, make a lot of crappy art, and just keep working.

– Even though this is exactly like something kids at BYU would do to have fun, it did make me smile anyway.

– Timelapse of a spider weaving its web

– Oh, how I love her so: First lady Michelle Obama photobombs the Miami Heat with a thundering slam dunk

– “I am ashamed of my uncontrollable laughter.”

– Almost 500 foods contain the ‘Yoga Mat’ compound. Should we care?

– Sheep? No. Let’s talk about the dogs who herd them.

– Extraordinary: new app will allow you to read novels in under 90 minutes

– And the future continues to rapidly unfold: The world’s largest photo service just made its pictures free to use

– “Can you believe the random objects I found in their colons?”

– Well, this just punched me in the gut.

John Travolta accidentally pronounced Idina Menzel's name as Adele Dazim. On the bright side, he just got hired at Starbucks

It’s amazing how fast your mood can change after you step in some water with socks on.

The hardest part about being black is deciding what stereotypes to live up to. And remembering not to step on my penis.

The Rock knew his wrestling career was over when he looked across the ring and saw his opponent… THE PAPER.

"Freelancer" is a cool word for unemployed.

If you see someone wearing camouflage, make sure to walk right into them so they know it's working.

oh you need to see my ticket to the monster truck rally? here's my fucking ticket *pours ketchup on everything*

The Winter Olympics are my favorite celebration of reasons we invented roads.