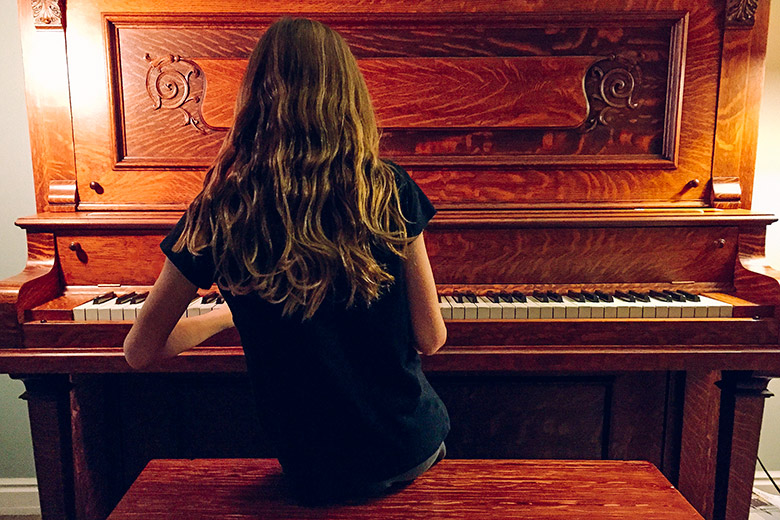 For Kelly. Thank you, dear friend.

At the beginning of last September the girls’ father moved to New York. This impacted our lives in innumerable ways, but I am lucky and privileged to have an incredible support system that so many women (and men) in my position do not have. Yes, there are times when there is no fail-safe, and when the school calls to say that one of my kids is sick everything else in my life comes to a grinding halt. But even in those instances I’m privileged. I have a flexible schedule and can devote the rest of my day and the days after that to mending their fevers and soothing their coughs. So many single parents do not have that flexibility, and both they and their children are quite simply held hostage by the threat of unemployment.

I have in these last several months wanted to write about my experience, about the intense pressure that resulted when I began single parenting full time. I’ve wanted to reach out to other women who are faced with the same challenges that result in those times when there is no fail-safe, wanted to hear how they manage their time, how they schedule their lives, how often they have said quietly to themselves, “But I only have two hands.”

Some of my close friends have asked me why I haven’t written about it, and when I examine that question I play an involuntary game of The Pain Olympics. I absolutely hate it when other people do this, when someone jumps in to say that one level of discomfort is rendered void because it does not equal the level of discomfort experienced by someone else. It looks a lot like, “You can’t complain about your broken arm because my mom has cancer.”

But that’s exactly what I do inside my head when I want to pose questions to those of you who face this, to those of you who understand the complicated dynamics of this juggling act. Because who am I to call it a juggling act? My mother lives 30 minutes away and often watches my girls so that I can have an afternoon or even a whole night to myself. My cousin routinely steps in when I face deadlines and have to work a few hours on a weekend. I have a flexible full-time job. I live close enough to my girls’ school that we can walk and make it on time when my car won’t start. I have a fucking car.

And that’s not even a fraction of my privilege.

There are moments when I look at the enormity of what it takes to maintain the balance of this responsibility, and I feel irate on behalf of those who do not have a support system. Because if I’m feeling overwhelmed or frustrated it’s only because I was born into a position that lets me indulge even a moment of those emotions.

I had originally planned to write about a very specific moment I experienced as a mother with Leta in honor of her birthday yesterday and realized that it coincided with this huge change in our lives. At the beginning of September she had to start practicing and memorizing a 22-page piano concerto that she would eventually perform in front of three judges in the middle of November. This would be a daunting task for someone twice her age, so I understood the fear and anxiety she exhibited when confronted with this challenge. I do not use the word “challenge” lightly. This is the piece:

I have written before about the strategy I’ve employed to help Leta with her piano practice since her skill level long ago surpassed my own. I set a timer for 20 minutes and walk around the room while she gets through her pieces and then she gets a short break. We then go back and and she practices for another 20 minutes. Having me in the room is crucial not only because I can give her tips when I know what I’m talking about, but mainly for the reinforcement and comfort of my support.

Every weekday and at least one day on the weekend she practiced that concerto. And at first it was really rough. There were days when she’d sit on that bench and teeter on the brink of tears because she was convinced she’d never learn how to play it let alone memorize it. For most of September we both felt like we were pushing a giant boulder up a hill, two steps up and then we’d lose our balance. She’d learn two pages and then realize she had ten more to learn. Some days were better than others, but at the end of every practice she’d say, “I don’t know how I’ll ever be able to memorize this.”

And every day I said back, “I know how you will.”

We continued pushing that rock throughout October, and in the days leading up to Halloween her teacher wanted her to have it memorized. She was panic stricken because she couldn’t seem to get past page 17 and 18 even though she knew the pages after those. That Wednesday I had her play page 17 and 18 over and over again, and each time she crashed. She couldn’t get through it. Again she’d try, and again she’d forget seven or eight measures here, four measures there. I finally told her she could walk away for the day and she completely broke down.

“I told you I wouldn’t ever be able to memorize this!” she blurted, her head buried in her hands. I walked over and rubbed her back, told her she needed to clear her mind a bit and that we’d try again tomorrow.

The following day when she sat down for the first 20-minute session I told her to take a deep breath and play the piece up to what she knew. I set the timer and started walking around the room listening to the exquisite relationship her fingers have with those keys. Leta feels music in her body, and when she plays you can see the notes coursing through her limbs. She’s so good. Her talent roars like opera through that instrument.

She continued playing and about halfway through the piece I looked at her to get a sense of her confidence. She wasn’t hesitating, wasn’t slowing down, and when she hit page 17 I don’t even think she realized where she was. She sailed through it, and then she nailed page 18. I stopped walking and stood directly behind her, my hands in the air as if calling a touchdown. Because I knew what was about to happen. Page 19 complete, page 20, page 21… page 22. When she pounded that magnificent last note she completely froze. Very slowly she turned around to find me standing there looking like some idiot referee.

“I… I…” she was trying to wrap her head around what had just happened. “I…I…”

“YOU WHAT?!” I said with my arms still in the air.

“I MEMORIZED IT?” she asked.

“I MEMORIZED IT!” She hopped off the bench, took a running leap and jumped up with her entire body into my arms wrapping her legs around my waist.

I stood there with her just like that for several seconds and didn’t even realize that I had closed my eyes, an involuntary and perhaps instinctual reaction, one that enabled me to silence myself enough to grasp the significance of that moment. Which is this: I like babies, they smell good and are very cute, but I very much prefer what it feels like as a parent to witness my child learning. Not learning how to sit up or hold a spoon or how to say a word. Those are all wonderful developments, of course, but being in the room as my child learns about being human is beyond any honor I could achieve in my life.

She soon jumped down and went around the house to announce to everyone what had just happened. She was so proud of herself, yes, but it says so much that the way she told Dane and Tyrant and even Marlo was this: “I have been working on this piece for two months AND I FINALLY MEMORIZED IT!”

She recognized the work. She understood that it required work.

Why did this moment lead me down the earlier path?

I don’t think this scenario is easily replicable. I am more than certain that there are legions of kids out there who have talent that could crush steel if only it had the chance to be fostered, if a parent could take 40 minutes of their afternoon and devote it to walking around a room. If they could afford the expensive teacher and books, if they could shuttle that child to and from the lesson every single week. But so many parents simply do not have the means.

Leta and I, we are so privileged, both born into a position where all of this is possible. Yes, both she and I worked for months. But we both had a head start.

Which is why I will not let her quit. Which is why those weeks of work and learning about the work are so important, more important than the recital or the judges. She was given this leg up in life by birth, and she needs to understand that even though things will be handed to her so much more easily and readily than to others, that in no way means she shouldn’t work her ass off to have earned it in the first place. In fact, this birthright requires of her as a human being that she work to earn it in an act of solidarity with those whose exact same work won’t.