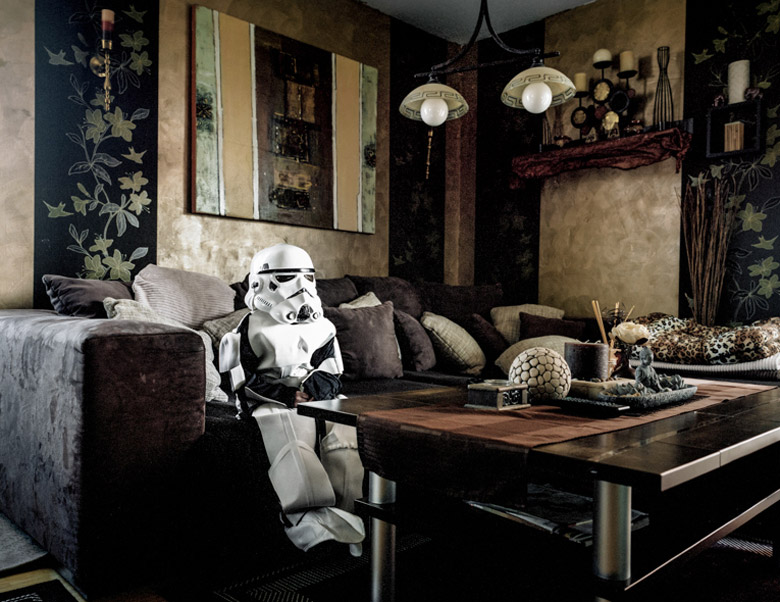 – Klaus Pichler: “For this photo series I visited owners of elaborate costumes in their own homes.”

– I need Zach to come with me every time I go to the gym.

Practice any art, music, singing, dancing, acting, drawing, painting, sculpting, poetry, fiction, essays, reportage, no matter how well or badly, not to get money and fame, but to experience becoming, to find out what’s inside you, to make your soul grow.

– Map: Six Decades of the Most Popular Names for Girls, State-by-State

– The evolution of music players illustrated

– 30 Non-Americans On The American Norms They Find Weird:

Your toilets are too low down and the stalls have massive gaps around the door so that people can see in.

You can put a man on the moon but can’t design a setup whereby I can have a shit in comfortable privacy. Sort it out America.

– In honor of the winning team of the World Series

– Photos of cats stuck in trees

– Gorgeous furniture made from a whole tree trunk

That makes me the First Lady of the United States of America. Me = Michelle Obama.

I hope all is well.

several animals were harmed in the making of this film. a piece of shit horse nobody liked and a gecko that we straight up lost

I help old ladies at the crosswalk by patting them on the back and saying "just do whatever you did to get to the crosswalk."

Restraining orders don't count if they're your soulmate.

Kanye yelling at a bar of zest that nobody is fresher than him.

So I said, "Hey are you done with this light, that's been on, in this room that you're no longer in?" …And that's how the fight started.

A grenade is a bit drastic, but I would catch a bread roll for you.

I don't speak fluent bird but I'm pretty sure the ones outside my bedroom window right now are asking me to kill them.

At what age did you guys let your kids know that Canadians are real?

I'd like to point out that during the time the NSA was spying on our allies, our allies never attacked us. The program works.