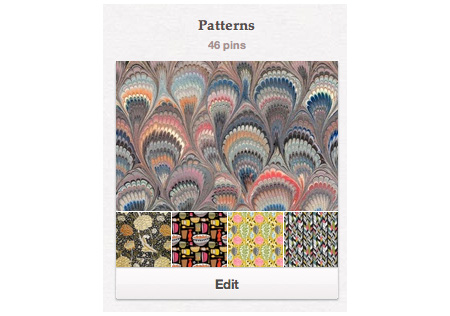 I finally caught up with 2012 and joined Pinterest, you guys. I avoided it as long as I could because, as a visual person, I could see someone discovering my emaciated, dead body sprawled on top of my laptop having just spent two entire weeks doing nothing but scrolling through images of renovated kitchens. That’s going to be a new kind of obituary: died from forgetting to eat or sleep while pinning images of expensive shoes. The stench was awful.

You guys can see my boards and follow me here: http://pinterest.com/dooce/

If you’re active on Pinterest I’d love to see what you’re up to. Leave a link to your boards in the comments. Maybe we can collaborate on some and die together!

On a related note, I changed my facebook page to a fan page because people were trying to friend me and it was telling them I had too many pending friend requests. I got really lazy after I signed up five years ago and neglected to confirm requests, so if you never heard back from me it’s not because I don’t like you it’s because I turned on my computer and then had to lie down.

Some of the people in my real life were trying to friend me and it was asking them if they actually knew me offline, and they were like, do I KNOW her? Bitch used to sneak into my closet in college and steal my favorite t-shirts, what do you mean do I know her? I WANT MY T-SHIRTS BACK, FACEBOOK.

So, you can see my page here: http://www.facebook.com/dooce

(Note, when I changed over it deleted everything I had ever put on my timeline for the last five years so it looks like I just now signed up for facebook. UGH, FACEBOOK! If you were to rewind my life and tally up the things I have repeated the most, “UGH, FACEBOOK!” and “STOP IT, COCO!” would be neck and neck. Also, Emily, I’m going to get you your t-shirts back. Promise.)