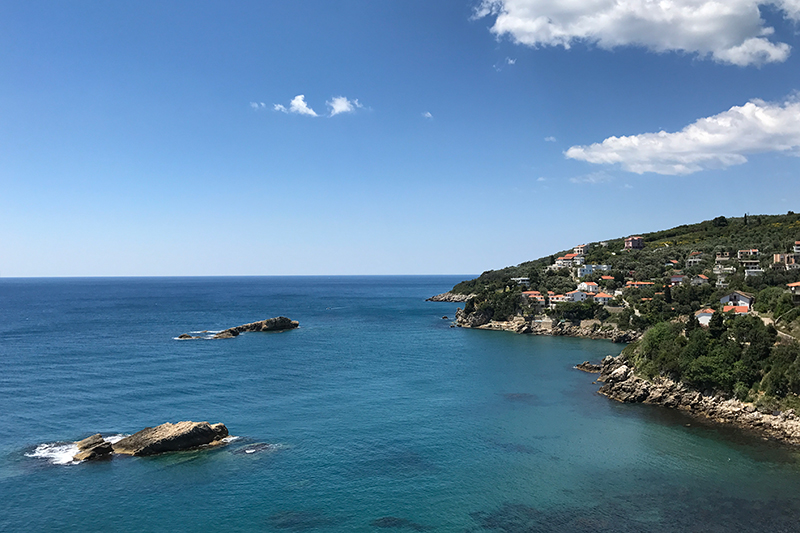 Last May I traveled to Berlin and gave a speech at a tech conference about online criticism and how to process it, how to teach our kids to deal with it given that they are going to experience negativity in a way we cannot possibly fathom. So much of their lives will be lived in online social spaces. Before the event I asked the conference organizers if the language barrier was going to prove problematic. I mean, I don’t speak a word of German other than the stupid answer to a total dad joke that Marlo won’t stop telling, and the fact that a sneezing ballerina wears “gesund-tights” made me no friends in Germany.

At the beginning of this speech I stand in the middle of the stage completely silent while audio plays in the venue of several unnerving clips of hate mail that I’ve received over the years. One of them goes, “Eat a cheeseburger, for chrissakes. You look like you’re dying of cancer, which I hope you do.” After four or five of these the audience usually becomes very uncomfortable, and that’s the point. Criticism that is hidden behind the mask of a screen can be sickening if not outright terrorizing, and I want to drive home this point loud and clear. However, the tension in the room usually becomes so unbearable that I try to break it by saying, “And those were just the emails from my mom.”

This works with American audiences. Especially audiences who know about my mom. My mom doesn’t want me to die from cancer, of course not. She only wants me to burn like a wildfire at the second coming of Jesus Christ, is all.

This did not work with that German audience. Not even a little bit. I got no response from them—not a peep or a sigh or a giggle or a single fucking smile—the entire 25 minutes I was on that stage, except when I said, “We think the people who send this kind of crazy shit on the internet look like this…” And I threw up a slide of Donald Trump. Every person in that auditorium groaned in disgust.

When I was asked to speak at spark.me in Budva, Montenegro in May, my first question before agreeing to attend was, “WHAT ABOUT THE LANGUAGE BARRIER?? Will they get my awful jokes?” The organizer, Vladimir Vulic, assured me that he had seen my speeches. If I did any combination of what he’d seen, I’d be fine. Perfectly fine. I brought up this exact exchange about three minutes into the speech that I gave in Montenegro because an experience with a taxi driver two days before had given me extreme pause.

And no, this is not the same James-Bond-breathless-drive-through-the-Balkans-at-sunrise taxi driver that I need to tell you about, no. This was an entirely other taxi driver named Stevo who basically chaperoned me and Aza Raskin on a glorious Sunday afternoon, the two of us getting to know each other as fellow speakers along the southern half of Montenegro. And HOLY SHIT, AZA? 1984? YOU WERE BORN IN 1984?? Yes, I did just link to your wikipedia page. But if it makes you feel any better, here’s mine and look at my new profile photo! For the whole world to see and judge!

I say holy shit only to emphasize this: I experienced some really awful things last year and managed to make my way out of the other side of it. And when I did, I made a promise to myself to get back to how I normally operate, which is to seize life by its balls. Karen thinks I am going to make a very inappropriate reference after using that phrase, but she’s wrong. I will talk about prosthetic balls in the next post about life’s opportunities and professional athletes showing up at your door.

Grab life, open yourself up to it. Some gravel may fly in your face at first, and you may end up swallowing a spider or two. But after that shit gets really, really good.

Meeting Aza and spending the day with him was one of those receipts. It said, “You know what you are supposed to do in this life, and here is this person coming from out of nowhere to remind you in no uncertain terms that you were put here to do this exact thing.”

And I cannot thank him enough. We had the most incredible day together walking through ancient ruins and sipping wine over a leisurely lunch overlooking the Adriatic Sea. I connected with him—as a friend and colleague and human, in the most soul-baring and soul-sharing way—and that’s just a tiny bit weird when you think, one, we’d only known each other for a few hours, and two, HE WAS BORN AFTER THE THRILLER VIDEO WAS RELEASED! Remember? This is my cultural barometer. I don’t necessarily judge anyone because of it but I am totally judging people because of it.

But not you, Aza. I’m still judging Luvvie for it, though.

Aza happened. Because I had told life, “Hey! I am open to you! I will travel to Montenegro and give a speech in front of an audience that speaks English as a second or third or fifteenth language! And they will probably sit there in uncomfortable silence the whole time and think that my mother is a total monster.”

Toward the end of our day together, Stevo took us to a winery—this was after Aza and I had polished off a bottle of wine at lunch. In fact, I think Stevo was purposefully trying to get us drunk. And Because Aza was not watching the Thriller video on TV as it played live for the first time, he totally did and fell asleep in the backseat of the taxi on the ride back up the coast to our hotel. I spent that drive in the front seat talking to Stevo, learning as much as I could about local life in Budva. And suddenly, there along that steep, winding and steep and very steep road along the coast, Stevo said, “I was out until five? Five this morning. At… guy… party… this thing, you know?”

“A bachelor party? Is someone getting married?” I asked, trying to help with the language barrier where I could.

“Yes! This! A friend with woman. Out… so late. And I had to work at seven. What that? Two hours… two hours of sleep.”

I didn’t want to bring up that this line of sharing might freak the fuck out of a normal passenger, here, on this narrow, winding precipice overlooking the ocean where we could go careening off into death.

“Listen…” he continued. “I have hard time sleeping many times, so. This nothing. This noting at all. Falling asleep? Hard. I cannot fall asleep.”

“I totally understand,” I told him trying to empathize. “I suffer terrible problems with sleep. In fact, I take a lot of drugs to help me sleep.”

“You? You take drugs?! To sleep?!” he screamed from the driver’s seat. I didn’t know how to interpret this reaction. Did it mean that I looked well-rested and therefore couldn’t possibly have trouble with sleep? Or was it his polite way of saying that I could pass for the cryptkeeper?

I nodded and held up both hands to begin counting on several fingers. I waved four or five of them, looked at each individual digit and said, “A lot.”

“What?! What drug? What drug help you sleep?”

This line of questioning usually gets armchair therapists up into their fucking judgmental clipboards, so I waved my hand as if to indicate that it wasn’t important and said, “Drugs that work.”

“Name it!” he demanded, and since he had the fate of my life between his hands in that steering wheel, I thought, well, what’s one more armchair therapist?

“Valium,” I answered. “Have you heard of that? I take a small dose of valium every night to help me sleep.”

He had been looking at me, and then the road, and then at me. But after that answer he whipped his head straight back to the road as if to make a point.

“NO WAY YOU TAKE THAT TO SLEEP!” he yelled straight ahead, as if processing the fact that I had just admitted to believing that fish can talk. “NO. WAY.”

“NO WAY. You do not take that,” he said while shaking his head.

I didn’t want this argument to wake up or potentially kill Aza, so I just calmly nodded and repeated, “Yes. I take it every night. I have for many years.”

“NO!” he yelled, and I tried not to glance over and see just how far the car would tumble down the side of the mountain if his rage decided to suddenly blind him. After several more emphatic shakes of his head he continued, “No way does anyone take helium to sleep! This not possible. This ridiculous! Who takes helium for anything?!”

And just like that I thought holy shit I am going to be so screwed on that stage.

Two days later when I told the audience that I’d specifically brought up the language barrier with Vlaimir, when I told them that my taxi driver thought I had been bragging about inhaling balloons to fall asleep, they laughed. And I felt so relieved that I went completely off script and said, “Oh, thank god you guys understand me because the Germans? THEY DID NOT.” This got me the biggest laugh I’ve ever received on a stage. A few people howled and stood up and clapped. That was the line broke it wide open and had the audience sitting right there with me over a delightful cup of coffee for the rest of my speech.

What a wonderful week of my life that was.