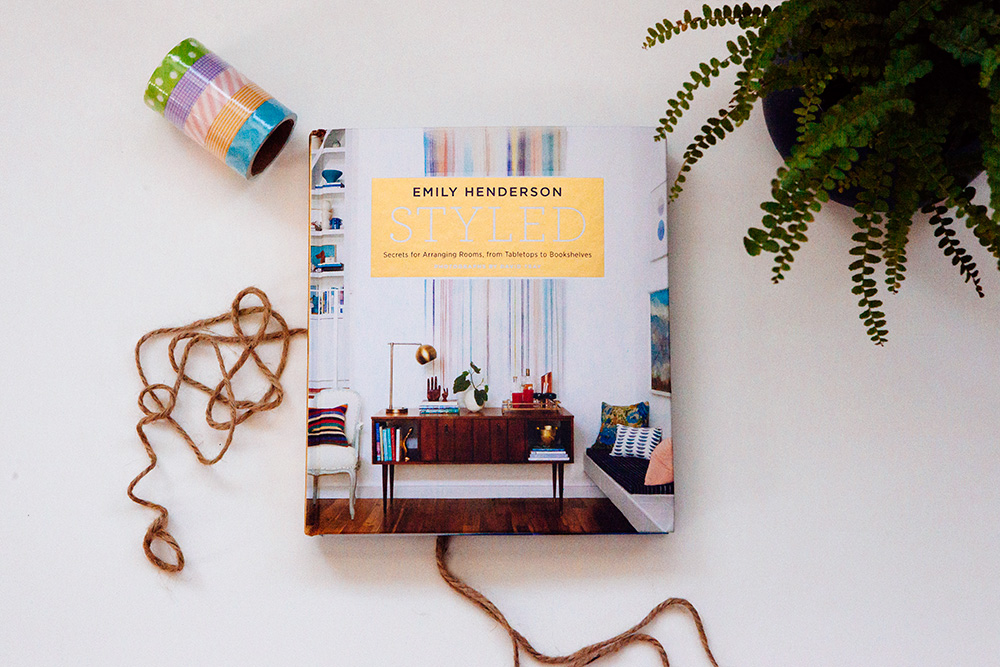 That season a designer named Emily Henderson won the whole damn thing (although she was an inch’s worth of painter’s tape away from getting kicked off on the very first episode), and I’d been secretly rooting for her the entire time. I couldn’t reveal that as a recapper, and Imma let you in on a little secret: I hated writing recaps. Have you ever bitten off a huge chunk of aluminum foil and chewed it like a piece of gum, you know, just for shits and giggles? Samesies.

I would meet Emily in person less than two years later at ALT Summit, and over cocktails one night we swapped stories about our Mormon upbringing. I think we spent a good half hour reciting entire verses to the songs on the soundtrack to Saturday’s Warrior. Per Wikipedia: “The musical explores the Mormon doctrines of pre-existence, foreordination, and eternal marriage. It depicts abortion and birth control as being contrary to the divine plan of salvation.” Yep! I’m not sure it addresses the whole “you get your own planet when you die” piece of doctrine. I grew up wanting to populate Pluto when I got assigned a plot in the solar system.

Here’s the thing, and sorry, Emily, to hijack this post I wanted to write about you and your fabulous book,

but the numbers are staggering when you look at how many people become atheists when they leave the Mormon church. We don’t go join the local Episcopal congregation, nope, because those folks sure as hell aren’t handing out planets!

Can your religion top that? If so, I’ll consider reading a pamphlet about your Jesus.

Emily and I also discussed children that night. She and her husband had yet to “start a family”—can I just say how much I hate that categorization? You don’t have to have kids to be a family. You don’t even have to be married. “Family” encompasses so many varying relationships and shapes and arrangements that it’s insulting to reduce it to “two people deciding to have children together.” Oh, did dooce just get serious? I did. COUNT YOUR GODDAMN BLESSINGS that I didn’t bring up my ascetic diet.

I’m pretty sure I told her with some authority and expertise on the matter that she really needed to consider a few things before jumping into this swamp. Things like, make sure you like children. You guys. Holy shit, puberty. Like, the things that are happening with my ALMOST 12-YEAR-OLD SHUT UP NO WAY SHE IS THAT OLD PARK IT RIGHT THERE HUSH YOUR FACE have me going, wait wait wait. I signed up to have babies. I did not sign up to watch/comfort/guide/endure a tween morphing into an alien. A very emotional alien. At times it’s like I’m watching someone taking a rusty pair of pliers and yanking out their own toenails. Puberty is fucked up.

Emily now has two children (they started a family!) so I guess she likes kids. Too late to send them back, although, when you think about it, if you abandoned them on the curb they’d likely learn to forage and survive. She had her second child, a daughter named Elliot, just as she was releasing her new book Styled: Secrets for Arranging Rooms, from Tabletops to Bookshelves.

I want to live inside every single page of this thing. No one can style the top of a dresser or a nightstand or credenza or dark corner of the living room like this woman. No one. And I think it all comes down to her understanding of texture, because while everything is perfectly positioned and spaced just so, it always looks lived in. Her spaces have stories to tell.

Around the time her book launched she reached out and asked me if I’d like to take her Home Style Quiz so she could put together an inspiration board. It included prompts like, “The first thing you do when you get home from work is…” And, “Which Kardashian would you drown first?” I jumped at the chance because I’ve been pulling together my home office and rearranging things around the whole house. And my god, Emily is really good at what she does. How good? She can style a space as magnificently as Pavarotti could sing “Che gelida manina.” That good. And, yes, I DID just break out a reference to an Italian opera because I need to put this useless degree from BYU to work somewhere.

It turns out that my style is what she refers to as “contemporary”—it should surprise every single one of you that I took that quiz and it didn’t come back with the result of, “Please go take a shower.”

Thank you, Em. I am still so glad you didn’t get kicked off that first episode.