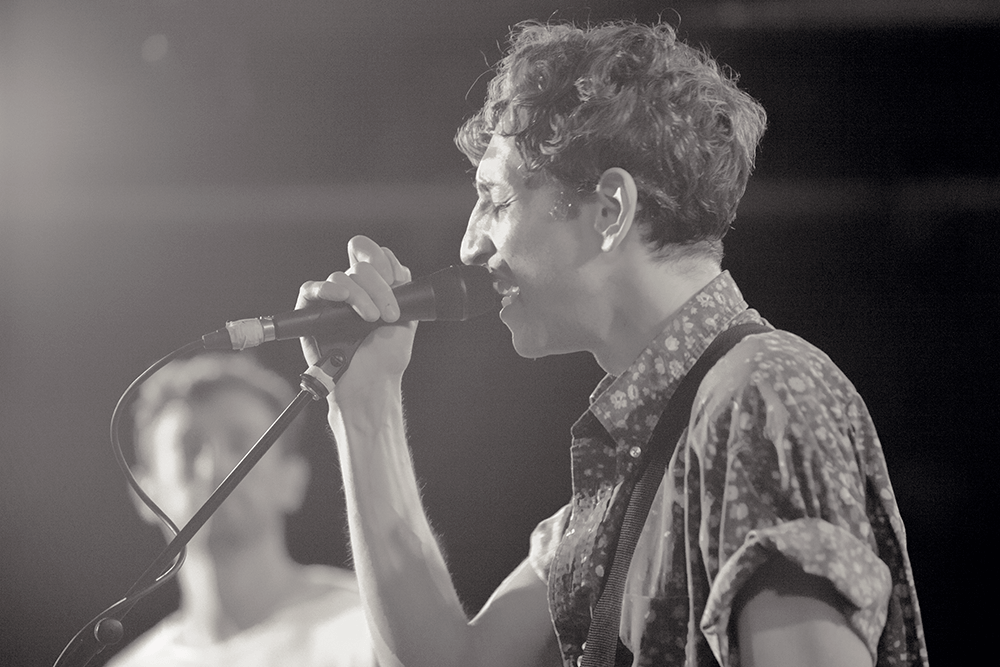 This week on my podcast my cohost and I got to talk to Jesse Cohen of the band Tanlines, a band I have talked about a few times on this website. The first time I featured them in 2012 I encouraged you to listen to “Nonesuch” off of their first album, and this song remains my favorite song of theirs. I believe Jesse’s sister saw that I had written about them and alerted him that the mom blogger had promoted their stuff. Like, hey Jesse! There’s this old hag in Utah who exploits her kids for cash and she talked about your music. You’re probably gonna want to sue.

I’d already found them on twitter, and after Jesse saw my post the Tanlines twitter account followed me back. There are a couple of interesting stories that have ensued because of this and I never got the chance to write about them, but we do talk about them this in this episode. We also talk about what it’s like to try to understand and define your identity once you have kids, how it changes and adjusts your focus, and what that means for a musician in a rapidly shifting industry. So, first, have a listen if you’re so inclined:

Second, if you’ve got really little kids and are looking for music that they will like and will also not drive you batshit insane, they just released a children’s record of classic kids’ songs interpreted through the lens of the Tanlines’ sound. It’s called “Presents” and your two-year-old is going to love it and you’re not going to want to murder anyone.

(You can stream it on Spotify and Apple Music, too)

Third, a little-to-not-so-little known fact: Jesse wrote and recorded the music for my podcast.

Fourth: one of the funnier things to come about from our acquaintance on twitter happened in 2015 when they were touring for their second album called Highlights. When they released their tour dates and I saw that they were coming to Salt Lake City, I immediately sent a direct message to their twitter account and told them that I couldn’t wait for the tour… wait. Let me go back and see if I still have the messages…

OH MY MORMON GOD I DO. Forgive me for fan-girling over this shit, but music is such an important part of my life and their first album hit me really hard. I listened to it over and over again throughout my separation and divorce so it is loaded with meaning for me. I listened to it more than any other album that year, and the sound of it takes me right back into the pain and confusion and ultimate realization that I was going to be okay.

So when I go back and look at these messages I feel like I’m 14 all over again, and I’m in the car with my friend Windy on the way to Jackson, Mississippi, to see New Kids On The Block and convincing myself that Jordan Knight is really singing “Baby, I Believe in You” directly to me.

I thought I was sending messages to some social media manager or intern for the band, and they responded with. “Nice! Sounds great. I will put you and anyone you want on the guestlist. Let me know. Never been there before, don’t know what to expect.” And then whoever it was gave me their phone number and told me that they really wanted to meet me. What a sweet intern!

A few days before the concert I sent him/her/they a text and told them I was still interested in being at the show. We texted back and forth about who I’d be bringing and how they were a little nervous about performing in SLC on a Sunday night. And then I outright asked, “Are you the tour manager?”

They answered, “I’m the unofficial tour manager. We also have an official one.” What a sweet tour manager!

A few hours before the show on a Sunday night in July of 2015 they texted me and asked if I had any good restaurant recommendations near the venue because everything was closed. Hahaha! Haha. Ha. YEP. SLC on a Sunday night. WELCOME TO OUR WONDERFUL SHIT TOWN. You can marry multiple women here and everyone will pretend not to notice! We also have mountains!

I told them that I was having pizza and whiskey with friends who lived in an apartment building a block from the venue and we had plenty to share. They asked if it was a real invitation, I assured them that indeed it was, and 20 minutes later they texted to say they were downstairs. My friend Emilie had to show me how to get through the winding maze of her apartment building to find the lobby and she witnessed what happened when I saw that “they” were Motherfucking Jesse Aaron Cohen, one half of the band Tanlines. I did not hold it together very well. At all. I mean, COME ON. I couldn’t get words out of my mouth and just shook my head and laughed in an OH MY GOD I AM LOSING MY SHIT kind of way. Yes, I lived in Los Angeles and learned that you’re supposed to act super cool and totally not impressed when you see a celebrity out in public, but I never have been able to follow that advice when that celebrity is someone I very much admire, when that person’s music served as the backdrop to one of the most transforming events of my life.

And he was… super confused. Turns out it never occurred to him that I would think it was anyone other than him. And he didn’t and doesn’t consider himself a celebrity. He was like, yeah, so I’m just a guy who wrote an album with my friend and we’re here to play it in your wonderful shit town.

We ate pizza and drank whiskey and hung out for a couple of hours and it was then that he revealed to me that his wife was pregnant. Full circle moment: he’s been a stay-at-home dad for over two years and it inspired him and the other half of Tanlines (Eric Emm) to record this children’s album. Eric had a kid about a year ago, and in some recent press about the album someone wrote that it was the product of two stay-at-home dads who had suddenly found themselves with all this free time.

I want to find whoever wrote that sentence, show up to their house, and take a giant shit on their lawn. And then leave a note that says, “When you have a kid and stay at home with them all goddamn day long and do nothing but attend to the intricacies of keeping that baby alive, you’re going to have so much free time to clean up this here poop.”

I’ll let you listen to the other story on the podcast because it involves my holding a lasting grudge against an ex-boyfriend and I am really, really terrible at holding a grudge. Like, in a job interview if someone asked me, “What’s your greatest weakness?” I’d say, “You could totally pee in my Cheerios, and I’d apologize to you.”

But not in this instance! I’m grudging. Super Grudge. And this ex-boyfriend reads my website and we are still good friends, and he’s a wonderful person. But hi! I’m still mad about that one night!