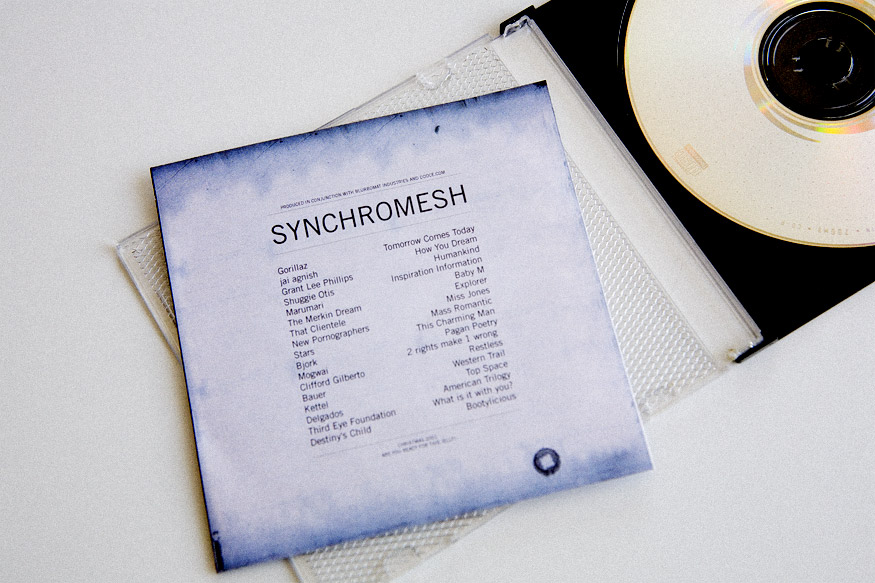 Years ago when this website was just a baby I used to post a weekly MP3 playlist of the music I was listening to, and the only reason I stopped doing it was because there was that one month I racked up $2000 in bandwidth charges (does anyone remember that nervous breakdown?). During that time Jon and his friends sent each other mix CDs as Christmas presents, and this is the one he put together with me to send to all of them. We designed the cover and then bought this large sheet of chicken wire? Is that what that is? Miniature chicken wire? Something we found at a craft store and cut into squares that would fit into each CD case, thinking it would make the whole experience a little more tactile.

Most of these songs were featured at one time or another on one of my playlists, and I just now put the CD into my computer and whoa, it is so weird to listen to this music now. So much has happened since those early years, and when I think back on who I was then I almost feel like it was a different person. That girl had no idea how hard life was going to smack her in the head with a brick.