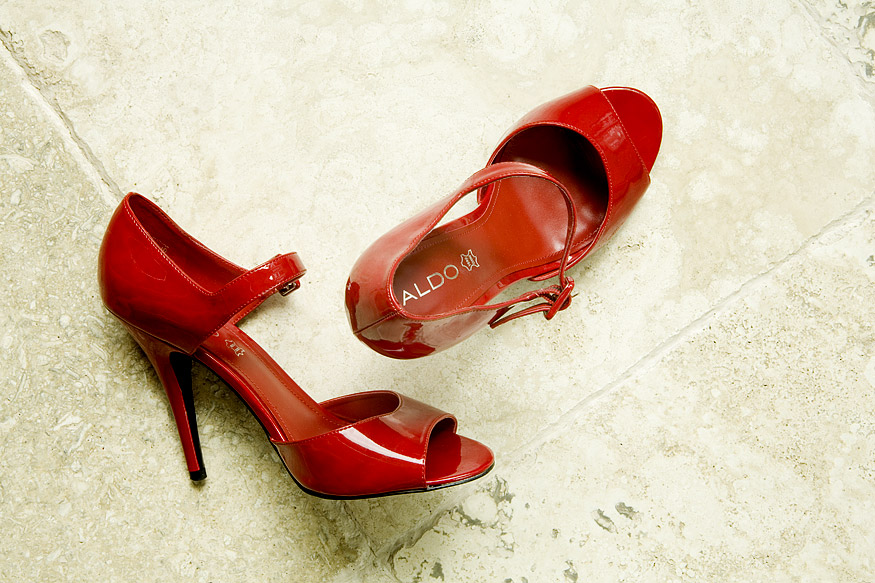 These are perhaps the most outrageous pair of shoes I have ever owned, even more so than the mid-calf blue combat boots I bought on Portobello Road in London during the Fall of 1996. But they are also now my favorite shoes and not just because of the magical color or please-come-screw-me heel. I wore these for over ten hours yesterday and not once did my feet start aching or threatening to secede from my body. I bought them last weekend at the local SLC Aldo, and I think because they had been put on the shelves that morning they haven’t even appeared on their website yet. Before anyone thinks I’m shilling for Aldo I should point out that I also picked up a giant black purse that was on sale while I was there, and the buckle is so unwieldy and warped that it has cut my right arm to the point of bleeding over seven times. And I’m sitting there at the doctor’s office this morning trying to get some prescriptions refilled thinking that she’s going to take one look at my forearm and go, right, you don’t have thoughts about wanting to hurt yourself, DO YOU THINK I AM BLIND. So here’s my recommendation: don’t buy purses from Aldo. Especially when you’re going to be asking a mental health professional for some more Prozac.