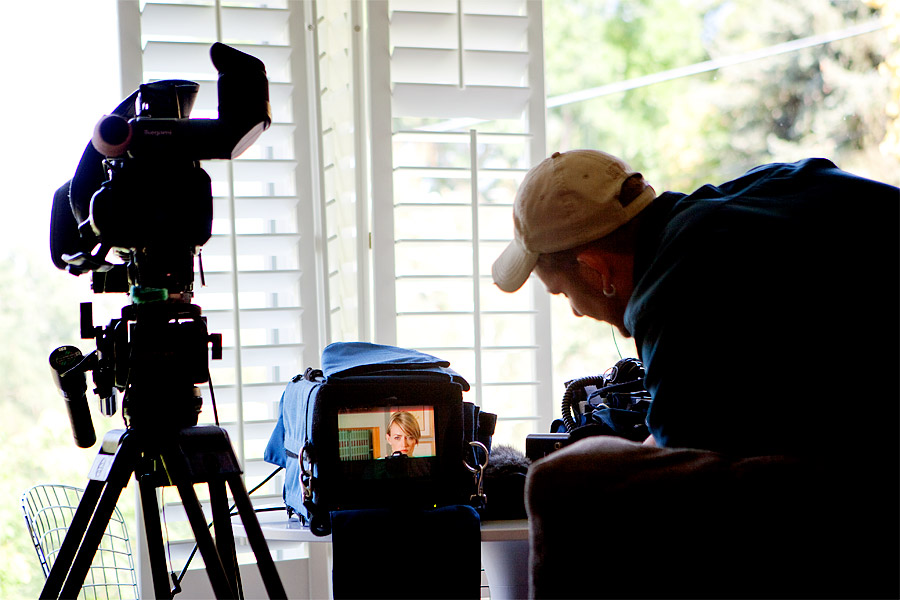 God, when was this? A week and a half ago? A producer from ABC called me on a Saturday morning and within two hours there was a camera crew in my house to film for a segment about pregnancy and anti-depressants that aired the following night. The way these things work is they come into your house and dismantle your living room to set up lights and cameras, and it takes a good five or six hours, sometimes a lot more, and then they ended up using only about 20 seconds of the footage that they filmed. And that was just 20 seconds of a two minute story, so imagine the hours and hours of work that went into filming the rest of it. Television is nuts!