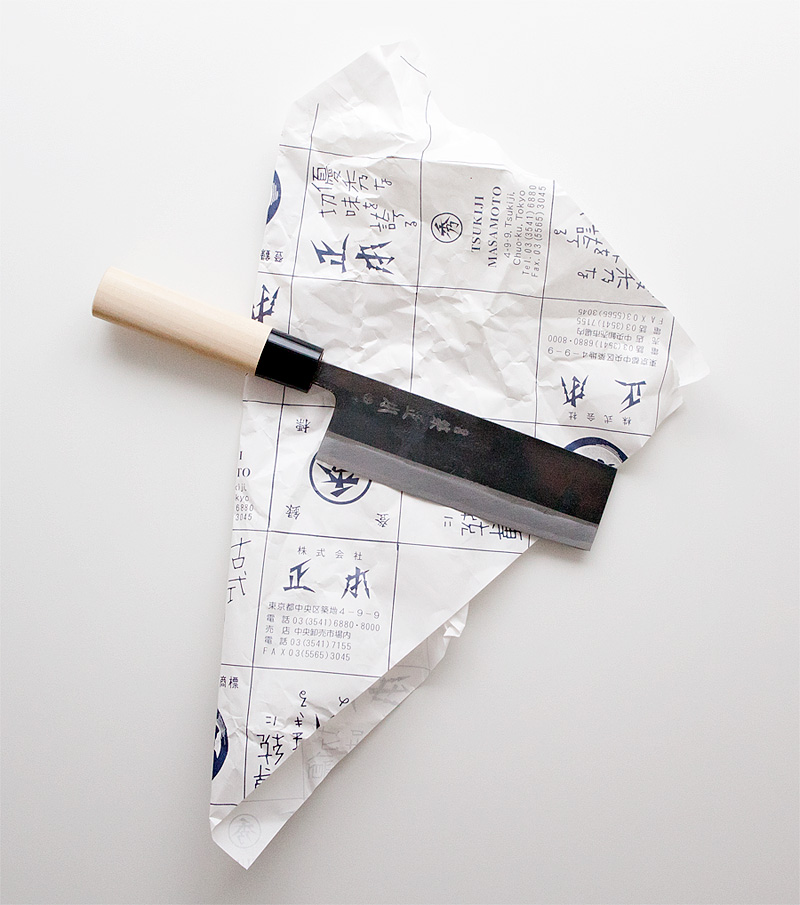 Our good friends Kate and Dave have a huge garden in their backyard where they grow everything from tomatoes to rhubarb to peppers to EVERYTHING. And both of them are unbelievable cooks. They’re also getting chickens. I don’t have to tell you that the jealousy is nearly choking me.

Dave was in Japan on business when the earthquake hit. In fact, he was boarding his flight back to the states when it happened, and that was the last plane to leave Tokyo. The local news did a story on it, and you can see it here: Utah men return home after surviving massive earthquake

Kate has been telling Dave that I’ve been trying to cook more often, and he picked up this carbon steel knife while on his trip as a gift to commemorate this goal of mine. First, what an amazingly thoughtful thing to do. Second, I will probably hurt someone if I even pick this thing up. And finally, to hear him talk about what happened as someone who lived through it firsthand was heartbreaking. I know how scared Kate was. And I know so many people were less fortunate.

This knife will be a constant reminder to be more thankful.