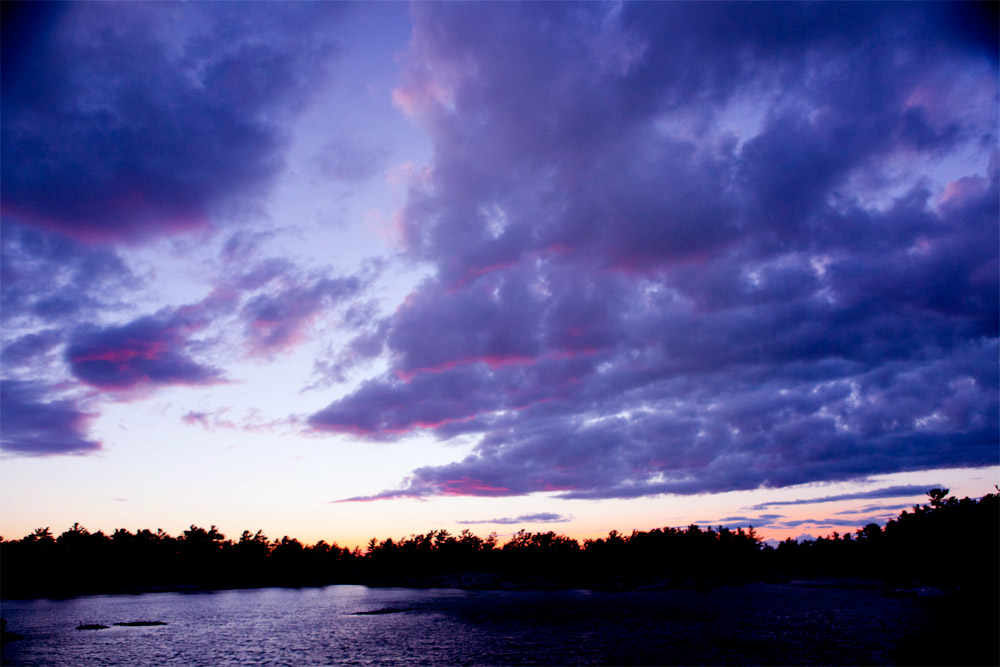 I took this photo a week ago Saturday, the night I arrived at a beautiful little place on Lake Huron off of the coast of Canada. Where there was no Internet access. Or cell service. That just gave some of you a heart attack. Others, a surging burst of envy. I was reticent, but by the sixth day when I realized that my phone still had 95% of its charge because I hadn’t touched it once I fell in love with the idea of living like that permanently. The almost 2,000 emails I returned to confirmed that feeling.