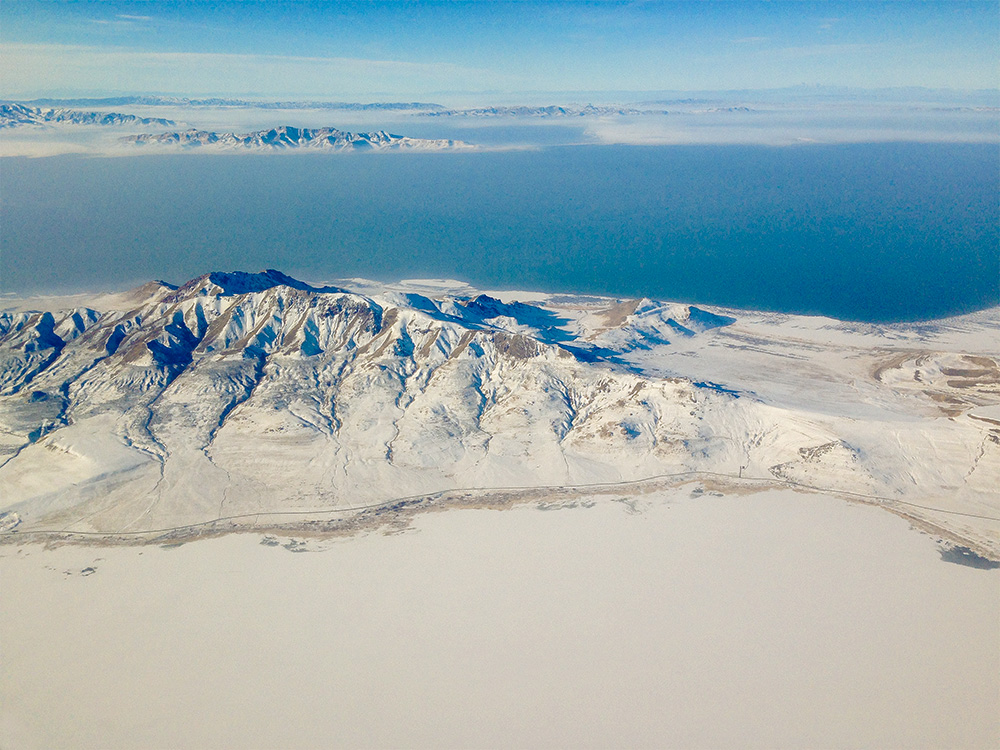 Last Thursday morning I caught a 6:30 AM flight out of Boston before all hell broke loose. Four people sitting near me commiserated about the fact that they were supposed to be on the same flight the following morning, but that specific flight had been cancelled already in preparation for the upcoming snowstorm. We sat on the tarmac for an extra hour as a crew de-iced the wings, and not a word of complaint out of me. I have several friends who celebrated the New Year out here, some in Wyoming and Idaho, and they can’t get back to New York or DC until midweek. I heard Delta alone had to cancel 2300 flights. The logistics of getting all those people home… I hope they have an Avon World Sales Leader.

I returned to what I would consider balmy weather in comparison. Temperatures hovering around freezing but little moisture in the air. Sun. Sky. My nose did not feel as if it would shatter into a million pieces when I walked in the open air to my car (this is a view of Antelope Island out in the Great Salt Lake). Again, the extremes of New England weather continue to confound me. My kids have no idea how easy they have it here. Yes, it snows a lot. But it doesn’t ever get so cold that you can feel your soul shriveling up into a raisin.

“There are children in Massachusetts who would think this kind of cold is a blessing!”

I might have said that this morning when I opened the back door to let the dogs out and a certain four-year-old dramatically collapsed on the floor. Young children of Ipswich, commence rolling your eyes.