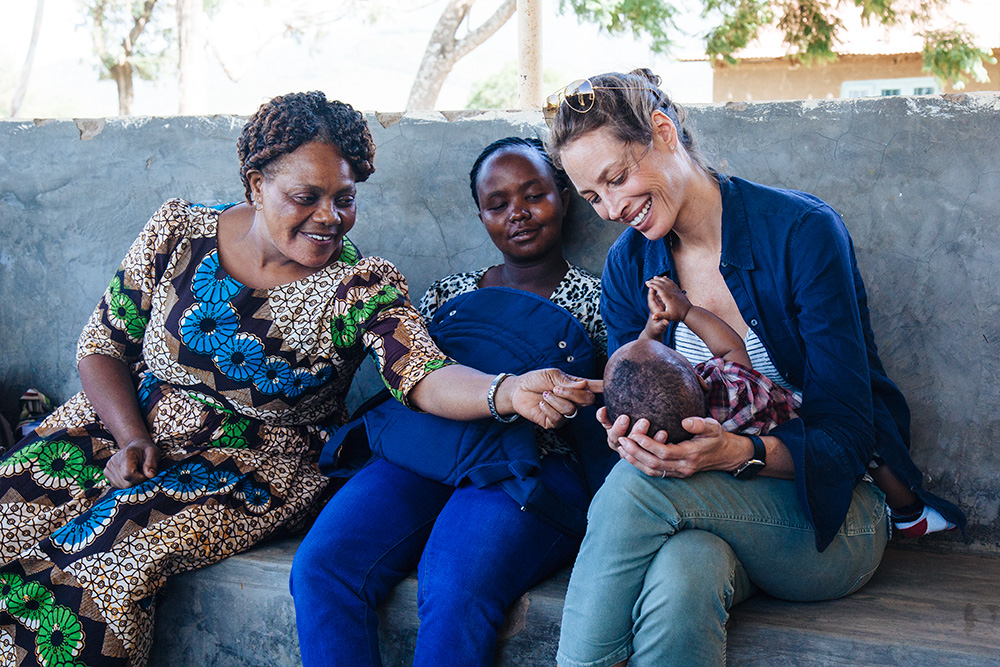 Yesterday Apple revealed the features of the soon-to-be released Apple Watch and announced that they had equipped Christy Turlington Burns, founder of Every Mother Counts, with one as she ran the Kilimanjaro Half Marathon in Tanzania. This is an astounding collaboration especially in terms of the publicity that it will bring to this organization. She’s training for the Virgin Money London Marathon that takes place on April 26th, and will be journaling her training on the Apple website, further bringing awareness to the fact that distance remains one of the hugest barriers to maternal health for women around the world.

Our schedule in Tanzania was packed from the moment we landed until we boarded the plane back to the states on Saturday, and I tried to keep detailed notes so that I could remember where we were on which day (although some of it still seems like a blur). I took this photo the morning after we landed while visiting Oldonya Sambu Health Dispensary, a small clinic in a rural part of Tanzania north of Arusha. There’s more to say about the work Every Mother Counts is doing there, but I wanted to share this photo as it captures Christy’s magnificent spirit and generosity. She is the real deal. This issue motivates her in every decision, and the very small group of people she has gathered to manage and work for Every Mother Counts have taught me so much about the dedication required of those of us who have so much to those who have so little.