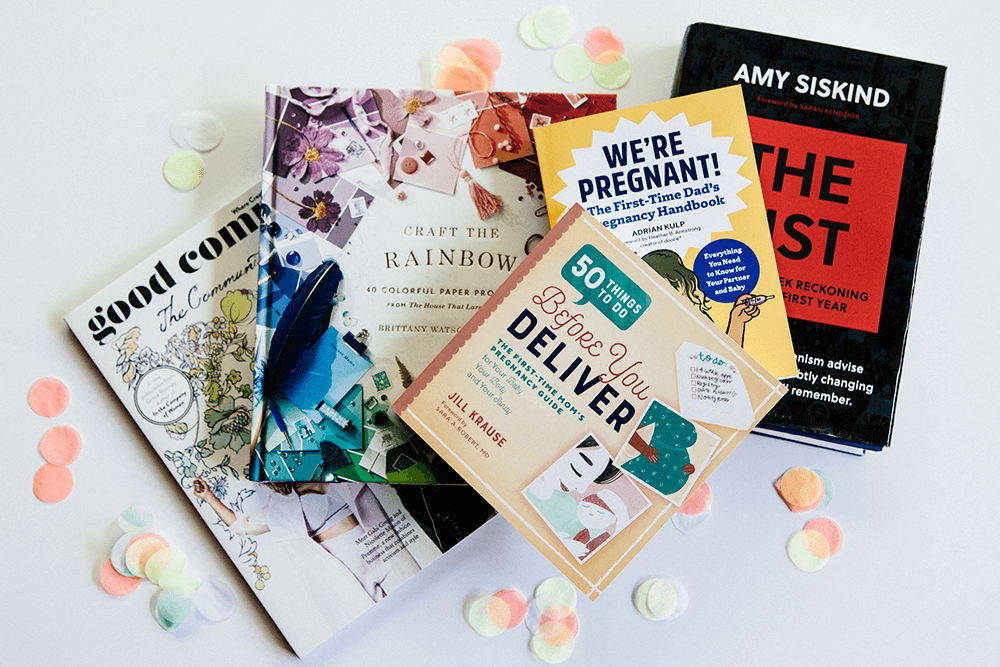 A couple of weeks ago I loaded up all the books that people have sent me since about March and handed them off once again to the lovely Karen Bowling who runs a small library in Cache County, Utah. I’d been either tripping over the teetering stacks of them in the middle of my office floor or just avoiding my office altogether. I’ve been really enamored by the smallness of this house since we moved in over a year ago and have evangelized to friends that lots of space does not automatically equal happiness. And I still somewhat believe that. But I’d really like to go just an hour without stumbling over shoes, coats, backpacks, stray papers, charging cords, or piano books. If you’re not careful, as your kids get older you’re going to find yourself dead one day, crushed underneath the weight of a mountain of discarded white cheddar Cheese-It boxes. And your kids will be mad because when the boxes toppled over all the stray faux cheese dust went cascading over the floor and your rotting corpse.

What you see below is not even one-tenth of the books I’ve been sent since the beginning of the year, and I just physically cannot keep up with the influx. Leta has been earning money by cataloguing every book that comes through, though, and because I was writing my own book I had no choice but to let the stacks get higher and higher. She was keeping everything tidy in a text document on a computer she inherited from me a couple of years ago when one afternoon I heard a familiar gasping wail coming from the floor of my office. It was the same gasping wail that I heard escape from my brother’s face back in 1995 when he was in my apartment on my clunky desktop PC putting the finishing touches on a final paper for a French class when a roommate of mine decided to use the microwave. At the precise moment a different roommate started using a hairdryer. Poof! Took about thirty minutes to get the power back up and running after that oopsie. Some of us who endured many moments like that one don’t really think that an automatic backup of our data to the cloud is a bad thing. In fact, I bet it has resulted in a reduction of roommate-related homicides.

You can sell my blood type and home address and the kidneys of my two children to any corporation you want as long as I don’t lose the last eight pages of my final paper, thank you very much.

I guess Marlo had been playing Sims or some other game that she prefers to play on a computer rather than on her iPad, and the text document had gone missing. Kind of like I go missing when I write a blurb or the foreword for a parenting book and it comes time to promote those books, but instead of a child losing me by playing Sims and accidentally closing me out without saving me I get trampled by a mountain of discarded white cheddar Cheese-It boxes.

My life is an indescribable mess of barely-controlled chaos. Maybe that’s why people ask me to write forewords or blurbs for parenting books? I guess? Because I get it? Maybe? Except that I am a one-woman show both in this work and as a parent, so as on time as I will be in getting you the short essay you want from me, I will be as equally delinquent in telling people that I wrote those words.

I wrote the foreword for We’re Pregnant by Adrian Kulp and a blurb for Before You Deliver by Jill Krause. It’s been almost a decade since I was pregnant THANK GOD, but the memories and nightmares remain as fresh as if it all just happened yesterday. I will happily admit that I do not experience nostalgia when I see a stroller or a crib and instead feel a fresh panic for whoever is having to use one. Because I remember feeling so lost and alone and helpless and angry that no one told me painkillers cause constipation, among all the many things no one ever told me.

That first post-labor poop, ladies? YOU NEED TO KNOW.

I also scored on these three books/magazines over the last couple of months from women authors and entrepreneurs I know online:

The one in the middle might ruin your day—considering that it is a line-by-line “reckoning of Trump’s first year,” the size of the font and the fact that there are so many pages in it that it makes Ayn Rand look like an expert on brevity and compassion should give you a hint as to just how terrifying a read it is. But the other two will make up for the ensuing anger in creativity, beauty, diversity, and hope. My god, we could all use some of that right about now. Thank you, women.

Also, just for shits and giggles, the publisher of a book on patriotism asked if they could send me a copy and when I sent them my address they promptly responded with, “Looks like there has been some mix-up. Our shipping department says that you have been placed on our list of people who should not receive our publications.” Except. Yeah. Guess what. They had already sent me a copy of the book. OOPS! And hoo boy, was it poorly written and illustrated and SUPER biased! It’s not included below. Instead, it’s sitting next to the commode in Leta’s bathroom in case she should ever run out of toilet paper.

5 Day Weekend: Freedom to Make Your Life and Work Rich with Purpose
On the Brink: A Fresh Lens to Take Your Business to New Heights
The House Always Wins: A Vegas Ghost Story

American Girl: Around the World Cookbook: Delicious Dishes from Across the Globe
Backpack Explorer: On the Nature Trail: What Will You Find?
Good Rosie!

Turn This Book Into a Beehive!
Man vs. Baby: The Chaos and Comedy of Real-Life Parenting
Birth & What Came After: poems on birth and motherhood

The Misadventures of Michael McMichaels Vol 4: The Double-Dog Dare
The Messiah’s Imminent Return: Are You Ready?
The Baby Unicorn Manifesto

Born Fanatic: My Life in the Grip of the NFL
The Forseeable Future
Trapped in a Video Game (Book 1)

Catakism: A Humorous Purr-spective on Humankind’s Obsession with Cats
Ruby Redfort Blink and You Die
Trapped in a Video Game (Book 2): The Invisible Invasion

Breanna & Amber: Help each other achieve their dreams
Howl like a Wolf!: Learn to Think, Move, and Act Like 15 Amazing Animals
The Stars at Oktober Bend

Goodnight, Seahorse
The Ones We Choose
Sewing School Quilts

Indestructibles: Home Sweet Home
Girls With Dreams: Inspiring Girls to Code and Create in the New Generation
Touched by the Finger of God: The Heartfelt True Story of a Faithful Believer

The Lives of the Constitution: Ten Exceptional Minds that Shaped America’s Supreme Law
My Life in Smiley (Book 1 in Smiley series): It’s All Good
Squiffy and the Vine Street Boys in Shiver Me Timbers