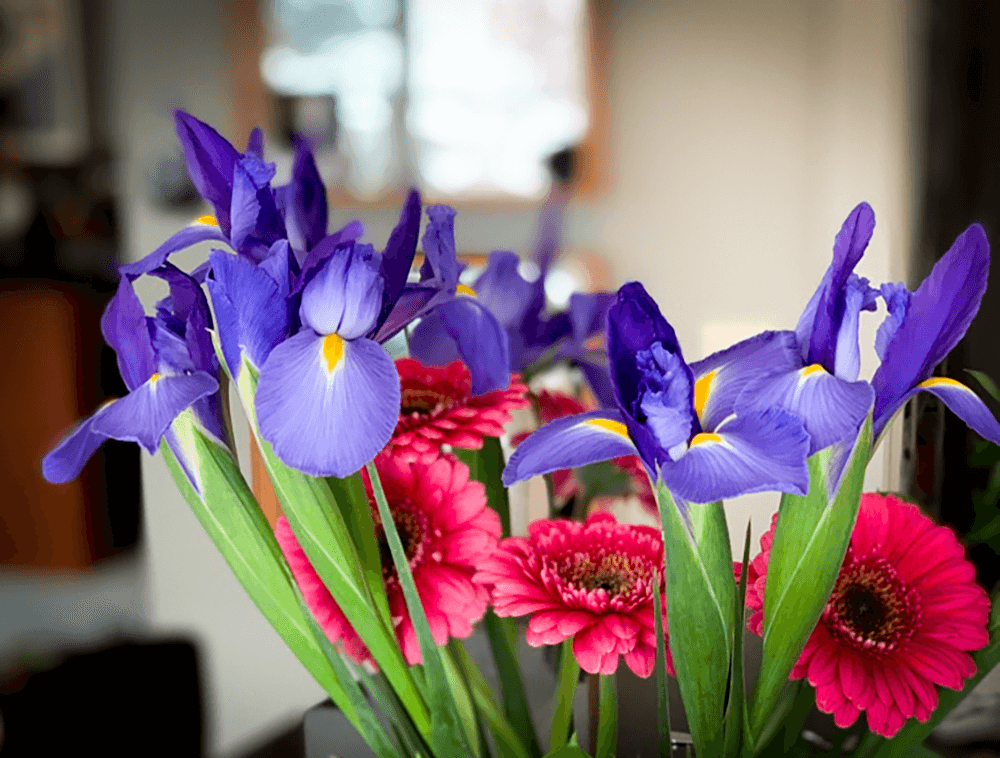 On Sunday night Leta started coming down with whatever bug is ravaging everyone else on earth apparently and then I walked into Marlo’s room this morning only to feel the heat pulsating from her forehead and singeing the skin off of my body and I was like DUDE. Let’s plug you into the grid and light up the fucking sky!

An hour later I had a 102° fever. And I had no idea what planet I was on. Marlo was in my bed watching some show about cupcakes—how in the world can an entire fucking show about cupcakes exist, I don’t now and I don’t care because as of this morning in my delirious state I became a total cupcake show devotee YOUR CREAM CHEESE FROSTING IS CRAP, DANIEL—and I was attempting to communicate to Marlo to text my boyfriend and my mother that I was somewhat incapacitated. You know, in case anything terrible happened like a rogue tornado, they’d know I’d be unable to get my children into the proper crouched position in the bathtub.

Because with that fever I was orbiting Mars. And I think I mumbled, “The mom has the know of the tub.” And my rainbow unicorn child knew exactly what I was trying to say and texted my mother with, “Mom has a fever. This is fun to watch.”

Yeah, so! I kicked up some super old dust yesterday that hasn’t ever been touched. I mean, it has literally collected in a corner for over five years because the polite thing to do is to keep it there, piling up and up and up AND UP AND ALL THE WAY UP, and to walk around whispering as if what the fuck happened didn’t fucking happen.

And I was sort of fine walking around whispering about it and being polite until my nine-year-old child returned home from her time away during the Christmas holiday and was not okay. Like, just straight up destroyed. When she returned home she was obliterated.

My insurance only covers emergency psychiatric care—care offered only if we check ourselves into the ER—and I spent days and weeks trying to figure out what the hell to do. And I am sharing this because I want other parents going through this to feel a little less alone. And to let them know that this is what I did, and this is what worked for us:

There is a psychiatrist who works at her pediatrician’s office who could see her within 14 days. He only works there on Fridays, but he was far less expensive than the $1,600 copay at the ER, and the estimate on care while at the ER could not be calculated because it would depend on her diagnosis. NOTE: When you go to the ER seeking psychiatric care, they can commit you. They can take your child and put them into a hospital depending on what words come out of your child’s mouth. I knew this already, but the customer service provider at my insurance company emphasized this several times when I asked her about my options.

I am not going to share all the intimate details of what I was trying to file into various folders in my brain because of what Marlo was saying and doing, only this: it was dead fucking serious and it consumed my entire life. She saw her talk therapist four times before seeing the psychiatrist. I had multiple meetings with her principal, with her teacher, and with the parents of her friends. And I talked to her almost hourly when she was not at school. I stayed in her bed until she fell asleep at night. I greeted her in the morning and walked with her hand in hand to the front door of her classroom. I let her wear her llama hat around the clock.

The psychiatric care at her pediatrician’s office was nothing short of miraculous. It was expensive, yes, but two individuals took very tender care of her and assessed the whole situation from the exact perspective you’d want for your own child. They were doting and so compassionate. They fell in love with her knee-high rainbow socks and llama hat and the dimple that could launch a thousand ships. And it worked. They knew what to do and it worked.

I am so privileged that I could afford it. If I hadn’t been able to, I honestly don’t know where we’d be or what the phone calls from school would sound like.

After several furious weeks of phone calls and hours spent driving to and from therapists and talking to insurance representatives, she turned a corner. She rounded that tunnel into the light. And having lived with her through every moment of it, I know and understand and deeply empathize with other parents who have faced this same scare.

Marlo is now a living testament to the fact that access to quality healthcare works. Those doctors turned her course. And I do not care one whit if you think I have breached her privacy by writing this or crossed a line because SHIT FUCKING HAPPENED AND IT IS ABOUT TIME I TALK ABOUT THAT, NO? NO? Not yet? Never? Guess what. It happened.

I am here, and if your child is suffering, I see you.