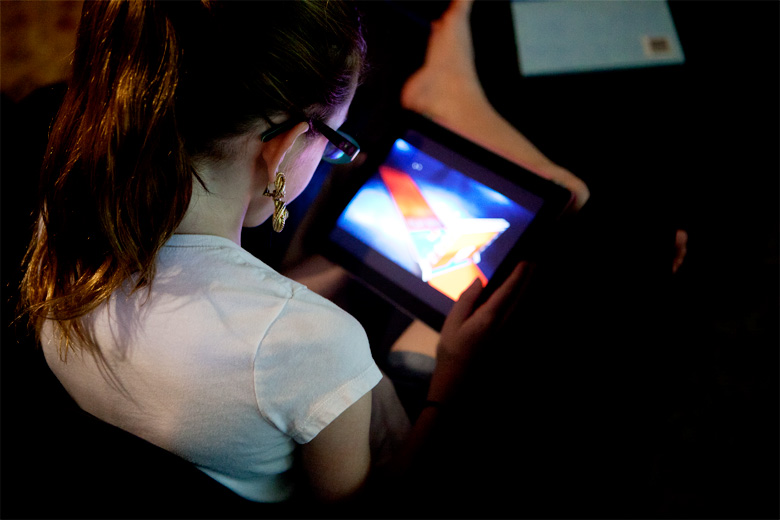 I think I have referenced my malfunctioning Internet connection that has plagued the house for over three weeks — up for a minute, down for an hour, up for fifteen minutes, down until the next day — and my temporary solution has been to use my phone as a hotspot. That was until I got a text message that said I’d used 90% of my data plan. We were at lunch over the weekend with friends and Leta asked if she could use my phone to show her friend a video and I was like, hm. Let’s see… just how good is this video, Leta? It involves Justin Bieber? Sorry, I’d make the sacrifice for the royal baby, but I don’t love Justin Bieber fifteen dollars of overage costs.

This little hiccup in life has shown me just how much we rely on the Internet for, oh, every single thing: looking up addresses, phone numbers, recipes, take out menus, hours of operation, side-effects, symptoms, cures, washing instructions, fitted-sheet folding tips, and suggestions on how to calm down when failing every attempt to fold that fitted sheet.

I now only listen to music through online services, and all three of us have pretty much switched from traditional television to streaming video. In fact, we now watch shows, mostly through Netflix, on our phones, our iPads and through the Wii. Rarely do we even check the DVR anymore because even then it’s a question of, “Did the next episode record?”

HA! Did. The. Next. Episode. Record. That is just so precious.

Here I wax nostalgic to Leta about VCRs, how the tape would often get caught in the spools, and she will one day tell Marlo about how she had to wait a week for the next episode of a show to air. Imagine the hardship, Marlo. You can’t, can you? Kids in the 2000’s. They lived like animals.

Back in May I was invited with a huge team of bloggers to visit Netflix headquarters to preview a new set of features they’d be rolling out called Netflix Families in the next few months. I had no problem saying yes and being willing to work with Netflix because their model makes my life so much easier. They are how I want to access all of television and movies. In fact, this is what the future was supposed to look like: all of it, right there at your fingertips. Literally at your fingertips. Like, magic.

(Yes, she’s wearing some of the jewelry my mother gave her. You can’t just show up to an episode of “Hole in the Wall” in your pajamas, people.)

Side note: Netflix referred to this group of bloggers as the Stream Team. A few of us who have known each other online for a while (her and her and her and some random guy) would routinely huddle up during breaks, stack our fists and then throw our arms in the air as we shouted, “STREAM TEAM!” Just in case you ever wondered why we ended up being bloggers.

We were also very excited about the return of Arrested Development, the series that was cancelled a few years ago and then picked up by Netflix. And then Christmas came early when they released 15 new episodes ALL AT ONCE.

That’s the other innovative, industry-changing development that is happening: original programming. Whole seasons all at once. All at your fingertips. And here is where I acknowledge the four hundred thousand times people have told me that I look like Piper from Orange is the New Black:

Yeah. Whoa. I could be her stunt double if I wasn’t afraid of heights or spiders or the sound of a balloon popping.

So. I’ve pretty much done away with clearing off the DVR so that there’s room enough for it to record what both the girls and I want to watch. Instead, when Marlo wakes up at an appalling hour I fire up Netflix, cue an episode of “Shaun The Sheep” and then catch some sleep as it streams in between this adorable request: “I want another one. I want another ‘Sthaun the Stheep.'”

They’ve also improved the way they recommend content with new rows of suggestions. It’s no longer just “Recently Watched” or “Popular.” Now they offer a slew of titles under suggestions like “Family Movie Night,” “Classics to Share With Your Family,” and “Movies Based on Bestsellers” to help you decide what to watch. I’d love a row titled “Will Soothe Your Cranky Daughters Who Are Wiped Out After Camp and are Calling Each Other Names Like ‘Booger Face.'”

And even though my Internet service has been spotty at the house, my kids have been able to come home from camp and relax by streaming shows on my phone through my cell connection. Yes, I’m about to go over my data plan, but this actually has me considering a bigger data plan. Well, this, the royal baby, and the number of times I do a google image search for “Ryan Gosling with his dog.”

One extra thing to mention… I am personally giving away a year’s subscription to Netflix because I like it that much. I’ll choose a random commenter on this post once I’ve closed the discussion 24 hours after it’s gone live, meaning by 10AM Eastern Time on Thursday, August 1, 2013. And then I’ll announce the winner on Friday. Whee!