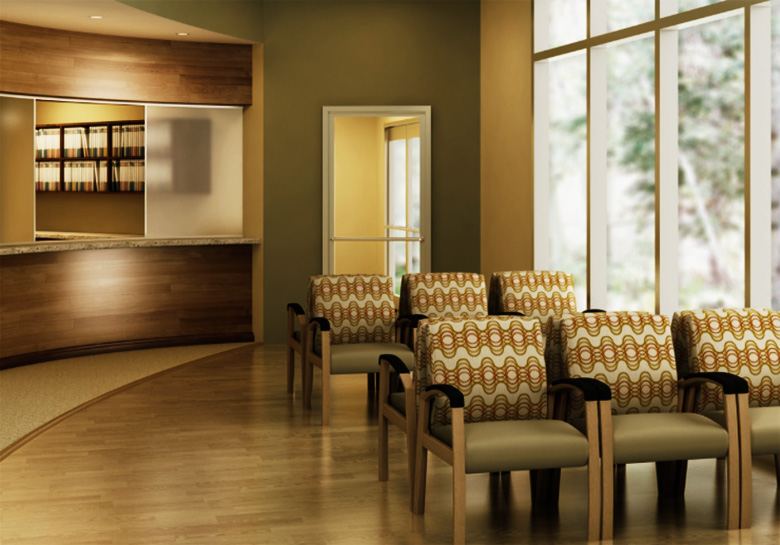 Last Friday I took Leta to get an annual checkup with her pediatrician, and for three straight days leading up to it she asked me no less than forty times a day, “Will I have to get a flu shot?” I finally stopped giving her my usual answer of, “I don’t know,” and changed it to, “Yes, and the needle is seven inches long.”

“Mom,” she said in irritation. “You know that’s not true. Will I have to get one?”

“Would you like me to discuss my butt? Because that’s exactly where this conversation is headed.”

She was asking me that question again after we checked in and took our seats in the waiting room when two unsupervised and very young kids, a boy and a girl, started climbing up and over the seats in the middle of the room. I looked around for a guardian of some sort but couldn’t see anyone. At first it wasn’t a very big deal given the relatively low level of danger they were in. The seats were padded and close enough to each other that if one of them did have a misstep the resulting accident would not be life-threatening. But then I noticed that the girl’s pants were soaking wet around her bottom. I did not know what liquid she was carrying around down there, but if I’d been required to give one guess it wouldn’t have been Mountain Dew.

Aside from the OH MY GOD EWWWWW factor, she was getting that liquid all over the seats in the waiting room of a pediatrician’s office. Have you been watching the news lately? Right. This is exactly how we’re all going to die.

TANGENT: I was working out with my trainer the other day at the gym when a kid we see all the time started talking to her about what he’s studying at the University of Utah, something that has to do with mathematics.

“I’ve done the calculations,” he told her. “At the rate Ebola is spreading in Africa, the entire population of the earth will be wiped out in two years.”

My reaction: “You mean I don’t have to worry if Social Security is going to run out? SWEET.”

And now back to your regularly scheduled child rubbing urine all over the waiting room.

I looked around again for a guardian, but there was no one else there. Right then the boy who appeared to be a few years older than the girl started punching her in the arm repeatedly. Right there in front of me. She began to screech and cry and flail and, I don’t know, call me old-fashioned but that shit is fucked up. Sure, it’s just two kids doing what two kids do. But they were unsupervised in the waiting room of a pediatrician’s office. If ever there were a time when someone from “the village” could step in and help out, THIS WAS THAT TIME.

Also, you may have heard. My Granny Hamilton used to throw rocks at cars parked illegally by her house. I resemble her more than anyone else in my family tree.

I stood up, walked over to both kids and yelled, “Nuh-uh!” And oh my god, the Southern intonation it had. It was so Southern that it was deep fried, drove a Chevy pickup truck, and routinely told racist jokes.

“You stop hitting her RIGHT NOW,” I said firmly, my finger pointed straight at the boy’s head. Both of them were so startled that they fell limp onto each other to stare at me. “Who is here with you?” I asked. But neither one of them said a word and just sat there with eyes as wide as hubcaps. “Sit right here while I go talk to someone at the desk,” I told them, my arm still outstretched to point an intimidating finger.

Right then someone came out and called for Leta and I to head back and see her doctor. I motioned for Leta to head to that door so that I could let the front desk know what was happening. They said they’d take care of everything, so I have no idea where those kids ended up, how many more surfaces were lovingly caressed with those pants, or if they are STILL talking about that awful, scary woman at the doctor’s office. But here’s the thing: if for some crazy reason (that I will not judge [and neither should you, at least not initially]) had to leave my two children unsupervised in the waiting room of a pediatrician’s office or ANYWHERE FOR THAT MATTER and one of them started hitting the other one, I would hope that someone would intervene.

Not everyone agrees with me:

Don’t you hate it when people don’t do their research?

And just so everyone can rest easy, Leta got the flu NASAL SPRAY. Same as the shot but without the seven-inch needle.