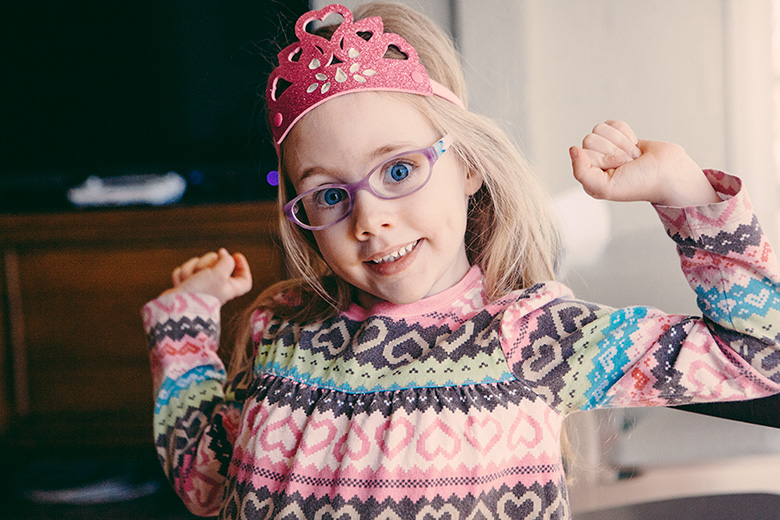 A couple of weeks ago Marlo had to head into the pediatrician’s office to get up to speed on a few vaccinations required for kindergarten. I am not even going to get into my opinion about recent measles outbreaks because I would smash my keyboard with my unbridled fury at the downright fucking absurdity of it (I’m a little more articulate and level-headed about my feelings in a post I wrote five years ago) although I guess I did just get into my opinion about it. WHY DON’T I TELL YOU HOW I REALLY FEEL: if you don’t vaccinate your kids I will not bop you on the head BUT OH I WILL FANTASIZE ABOUT IT.

She was not up to date on her DTaP, measles, chicken pox, and polio shots. Yeah. A whole slew of diseases just waiting to circulate inside her immune system because I would like her to be a valuable contribution to herd immunity. Also, I am not about to homeschool that child, and if voting Republican were a requirement to get her into kindergarten I’d cry a lot and feel really gross and wouldn’t be able to look anyone in the eye for years. BUT SHE’D BE IN KINDERGARTEN.

Yeah. It’s just sinking in. That wide-eyed dimpled almost eight-pounder is starting elementary school this year. How did this happen? Someone recently sent me an email and said that they’d been reading me since Marlo was born, waaaaay back when they were in high school. And I was like, oh my god I was in high school YESTERDAY and today I woke up and I’m suddenly 38 years old. A flash. A snap. Gone. Listen. If you’re in high school you should probably put a bedpan and a copy of your will on your nightstand. You’re going to need it in the morning.

When I made the appointment for Marlo the nurse asked if I’d like to include a wellness exam for her, and given my stance on vaccinations you can probably assume the one I have on wellness: WELLNESS CAN SUCK IT. They weighed and measured her upon arrival and then asked if I’d like her to undergo their standard eyesight examination. Even though she’d had it tested not two weeks previously at school I shrugged and said it couldn’t hurt, right? Unless they were going to use lasers. Then it would definitely hurt and I would definitely want to watch.

The nurse walked Marlo into an open space behind an area where several other nurses and technicians were working on computers. A piece of tape on the floor indicated where Marlo should stand, and as she motioned for her to take her position she flashed a set of cards at me.

“You think it’s okay if we use letters?” she asked.

If you have read anything here about Marlo and the differences between her and her sister then you will understand why this will be a top contender for a story I tell at the wedding after she lobbies Congress, passes legislation and then ties the knot with her pet chinchilla.

“If you would like to diagnose my child as blind, use letters,” I advised. Consider this:

“Ah, we’ll use pictures then,” she acknowledged and then took several steps away from where Marlo was standing on the tape. “Honey,” she said pointing to the cards, “I want you to tell me exactly what you see when I hold one of these up, okay?”

Marlo loves to be on stage, so she nodded furiously.

I was standing behind the nurse and couldn’t see the drawings, but apparently she was nailing it.

“Great. What about this one?”

She finally yelled, “It is a HUMAN. On the back of a HORSE.”

Indeed, it was a very basic line-drawing of someone on a horse.

Wait. I’m sorry. A HUMAN. Not just any someone. And if that HUMAN is wanted for illegal activity, especially anything involving equestrianism, well shit. Marlo just made a positive ID.

I think she was afraid “pony” was not going to cut it for this nurse who wanted her to be “exact” in her description. No other kid could have described the card in that manner because everyone in that room was doubled over laughing, myself included. I don’t think I go around using the word “human” a lot? Maybe I do? Maybe they talk about humans at preschool? She could have chosen any number of other words: girl, guy, man, woman, child, kid, person. She didn’t even have to identify that part of the illustration. “Pony” would have indicated that she could see the picture. But something made her stop and think, that’s not enough, no. That’s not accurate. This wasn’t just a horse! THERE WAS A HOMO SAPIEN ON ITS BACK. And by god, she could SEE it.

I relayed this story to Leta that afternoon and she loved it so much that she has probably recounted it to every one of her friends. It is now my go-to phrase when I’m checking her homework and come across something she’s overlooked.

“What? What’s wrong with that answer?” she’ll ask.

“Is there a human on that horse?” Which is to say, look more closely, my first-born child who could have at Marlo’s age pointed at and correctly identified A Tale of Two Cities, Crime and Punishment, and The Brothers Karamazov.