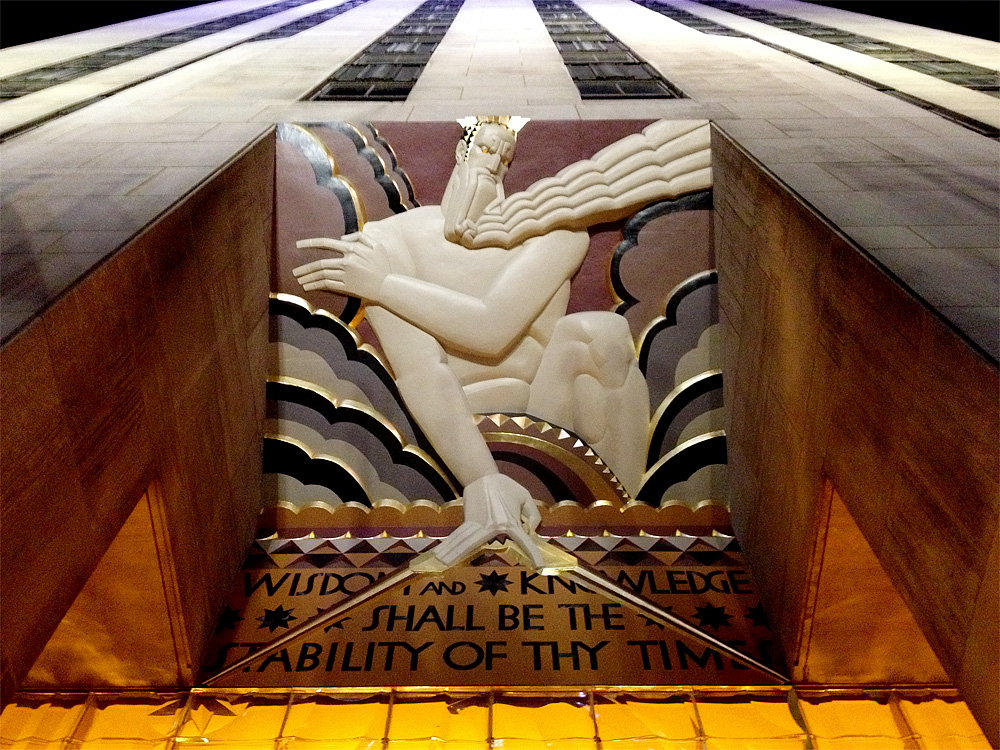 It’s a horribly cliché and touristy thing to do, but whenever I’m in New York I inevitably walk past 30 Rockefeller Plaza. This mural sits over the entrance to the building, and after doing some research I found this explanation:

The top piece, 22′ x 14′ of Indiana limestone, depicts a figure set at an angular slant, thrusting out towards the spectator from a vast, swelling of clouds around his naked body. With furrowed brown and golden rays crowning his head, his left hand shoves away the “clouds of ignorance” and his right clutches a golden compass theat measures the cosmic forces swirling in 15′ x 55 glass screen below. His long beard, symbolizing experience, is blown back by sheer force of that which surrounds him. Below the figure reads the Biblical passage,”Wisdom and Knowledge Shall Be the Stability of Thy Times” (Isaiah 33:6).

CLOUDS OF IGNORANCE! Thrusting out! The sheer force of that which surrounds him!

That totally reads like my diary from high school.