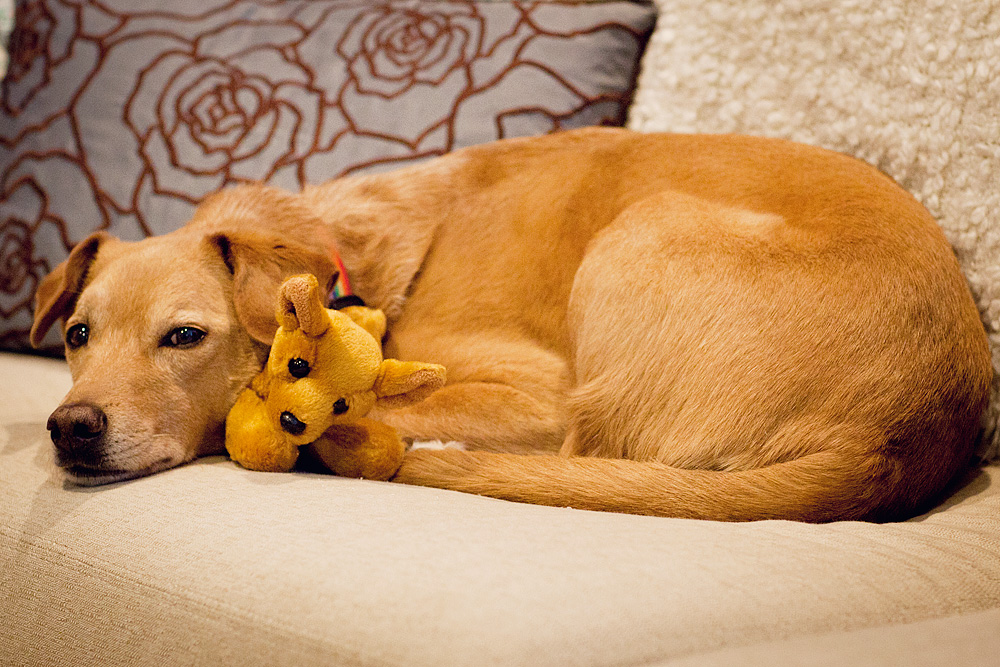 My cousin McKenzie who tends Marlo got a Chihuahua last year and named him Kato. Marlo has met him a few times and talks about him so much that my mother did what grandmothers do and bought her a stuffed animal that looks just like him. What are we up to? 47 stuffed puppies she sleeps with? Yes. That many. And this one is so small that it often goes missing under the covers at night and she’ll wake up screaming, “WHERE’S KATO?!”

Where’s Kato? Kato got locked in a tanning bed.