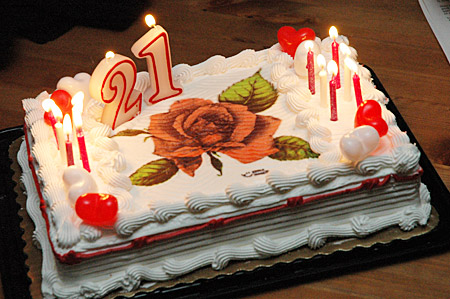 A little over a week ago DORJ!’s brother Tim (the disgustingly beautiful man in this picture) visited Utah with his beautiful wife. It should be noted that Tim is only Tim and not TIM! In fact, Tim might actually be tim. — lowercase followed by a period, uttered with your eyes looking at the floor, completely monotone, and even then there would be too much emotion involved. I once saw tim. laugh but then I realized that he was just experiencing a momentary seizure because the temperature in the room fluctuated and he couldn’t take the drama.

tim. and I talked about DORJ!’s impending visit and tim., a devout Mormon to the point that his hair is slowly transforming into an Osmond, asked me to take care of DORJ! on his 21st birthday. He told me not to let DORJ! do anything I wouldn’t do, and then he remembered who he was talking to and he choked on his last word, possibly confronted with the thought that when DORJ! returned from spending time with me his head would be shaved to reveal a tattoo of castrated dog testicles. And that he would most likely have a kitchen utensil stuck in his colon.

Remarkably DORJ! engaged in all of his naughty activity before arriving at our doorstep while spending a few days with his college buddies in Provo, home of God’s Chosen. I won’t go into the specifics of what laws were broken (I saw the pictures) but let’s just say there were a lot of fully-clothed bodies writhing dangerously near each other. I saw cups that were quite possibly filled with caffeinated beverages. One woman was even wearing a tank top, that immodest harlot.

By comparison DORJ!’s time spent with us was a little less threatening to his eternal salvation. We had DORJ! sit on the living room floor and entertain himself, and the first thing he did was smell his arm loudly from the shoulder to the tips of his fingers. He sounded like a low-flying fighter jet. I asked him what the hell he was doing and he said, “I smell good,” with a sort of DUH? quality like, isn’t it obvious? Sometimes I like to smell my own hair after I’ve washed it because the kiwi shampoo I use reminds me of hot Southern evenings filled with the sticky smell of honeysuckle, but I make an effort not to sound like I’m trying to vacuum marbles off the floor with my nose.

For his birthday we took him out for a dinner of sushi — he didn’t want to do anything strenuous because he never knew delinquent behavior could be so exhausting! We thought our favorite sushi joint would be packed because so many people are in town for the film festival, but our presence brought the total number of patrons to eight. Normally we have nothing but lovely things to say about this place, but we had to wait an hour and a half for one plate of rolls. Unacceptable, especially since it was DORJ!’s birthday. As we were putting on our coats to leave the hostess tried to explain why the service was so horrible. She said, “You know, sushi takes a long time to make.” Really? That’s interesting, because if I hit her in the face with my fist it would probably take a long time to heal.

DORJ! made it home safely last night and this morning he sent us an email that said, “I ordered some sushi last night on the way home, and it only took about 10 minutes for them to make three rolls. It must take longer to make in higher elevation.” Yes, the aerobic process of applying rice to a thin slice of seaweed at this altitude would leave anyone out of breath. He has a point. (Turns out I can’t talk about some of the things that are happening, just not yet. Very, very soon, though. And I promise, Internet, you will be the first to know once I can. Before the rumors start flying, though, I can tell you that I’m not pregnant nor are we in the process of adopting a baby from China, although don’t think that in the last month I haven’t begged Jon to adopt a baby from Ethiopia, a baby King Kong, and a baby gay cowboy. His answers respectively were no, no, and how much have you been drinking?)