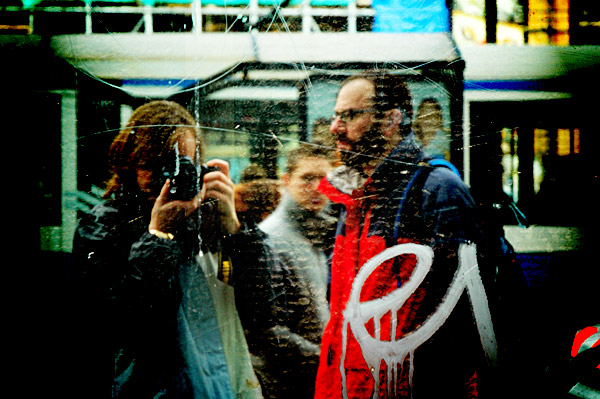 I feel incredibly rude that I don’t know much Dutch even though all the advice I got before we left was, “Don’t worry, everyone there started learning English in second grade,” which you might guess is earlier than when I started learning it. I want to speak the native language if only out of a sense of respect, but I know that when I attempt it I’m just butchering it to the point that the locals want to stop me before their ears start bleeding.

Words are filled with so many seemingly extraneous consonants — NIEWEZIJDS VOORBURGWAL — and on the rare occasion that vowels are thrown in they come in pairs, two A’s or two O’s, and you pronounce both of them, like a hiccup.

I have the overwhelming urge to speak English with a Dutch accent, and I have to consciously stop myself from doing it. I imagine that it would be cute to, oh, absolutely no one. Last night Jon and I were having an after-dinner drink at a bar in the neighborhood when one of the women on the wait staff asked if we’d like anything else. We had discussed winding down the evening with something we wouldn’t normally drink at home, and after looking at me and nodding Jon turned to the woman and said, “Cognac.”

“Cognac?” she asked, and then listed off a whole menu of different brands we could choose from, all in Dutch. I had no idea what she said, and neither did Jon who leaned in closer to her as if proximity would somehow change the fact that neither of us could speak the language.

A few uncomfortable seconds passed after she listed off our choices and Jon just held his head there in the air waiting for instinct to kick in. And then suddenly, in a moment I can’t wait to tell our grandkids about, he looked at that woman and asked with a straight face, “Whattis?” Which, if you didn’t know, is not a word in Dutch.

In Jon’s language it is a combination of both.

The woman titled her head to the left, curled her upper lip as if she had just watched someone do something unpleasant to a cow, and asked, “Do you speak English?” Because the language Jon was speaking was not one she had ever heard.

That was one of the many times when I was struck with how glad I am that he is here with me.