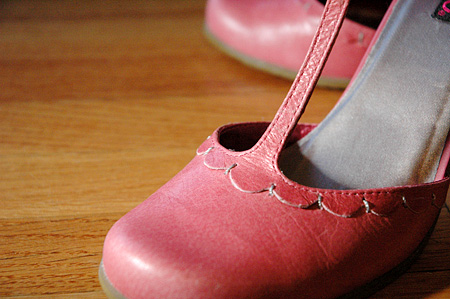 Jon and I returned from San Francisco late Saturday afternoon feeling about a decade older than when we’d left. I have grown to love that city even though I swore I never would the first time I ever drove across the Bay Bridge. I was being held prisoner inside a car with an ex-boyfriend from college who was a little too proud about the fact that he never ate anything other than Twinkies or pizza, that type of ex-boyfriend, the exact one who should never be allowed to introduce you to anything of value because you will forever associate that beautiful thing with the fact that he drove a car with both hands gripping the wheel like a 90-year-old woman whose support hose are cutting off her circulation at the knees.

We tried to spend Friday visiting our favorite places in the city but instead we battled public transportation half the day — an hour and a half waiting inside a MUNI station and then another 45 minutes for a bus that never came. There seemed to be a serious lack of pride in the system, and for a city known for its progressive politics it felt really hypocritical that we were basically forced to take a cab to get anywhere. After the last cab ride we took to the airport I added up in my head the staggering amount of money we had paid to subsidize the Bay Area taxi industry and I felt a profound sense of sadness that I couldn’t have used that money to buy another sewer pipe.

Last week as we were making plans for this trip Jon asked if there was anything I really wanted to do or see, and since I knew we were only going to have one free day I sort of shrugged my shoulders. He then asked, “You know what they have there, don’t you?” And I was all, “Men in sandals?” And he was all, “Yes, but what else?” And I was all, “Organic toothpaste?” And he was all, “You’re getting closer.” And I was all, “I’m pretty sure that you’re about to blow my mind because the fact that San Francisco has those two things alone is enough to make it the greatest city on Earth.”

“Shoe Pavilion,” he said and then ran over to catch my body before it hit the floor.

He couldn’t have said two more delicious words except maybe BOURBON I.V. Other than running naked down the cereal aisle at the grocery store or curled up in the deep curve of Jon’s neck there is no other place I’d rather be than knee-deep in a wonderland of well-crafted, affordable shoes in all the colors of the rainbow. Shoe shopping in Salt Lake City is enough to make me want to end it all so that I don’t ever have to see another inoffensive brown loafer, so knowing that our hotel in San Francisco was only two blocks from a Shoe Pavilion made the plane ride out there as exciting as if it were a shuttle to the moon.

We hadn’t been in the city for more than a half-hour before I dragged Jon straight to that store, and the instant I saw the first row of colorful heels I whipped around to him and said, “You must leave me alone now.” I felt reverent and peaceful like I do when I’m visiting a cemetery, and in many ways that comparison was appropriate. I couldn’t help feeling that I was there among those thousands of flirty shoes to give my respects to the life we used to live, to a time when we rented an apartment in LA and the biggest worry we had about our property was whether or not we could find a parking space within two blocks.

Having just spent the Gross National Product of a small third-world country on a new sewer line I knew I couldn’t buy anything, but that didn’t stop me from rubbing up against an open-toed leather heel or pressing a blue slingback to my chest like a hungry infant. And then I saw them, the perfect pair of shoes, the ones that have called to me in my dreams, the shoes that have often whispered in my ear when I’m having a rough time to say that I should endure if for no other reason than the fact that such a pair of shoes exists in this world and what a wonderful world to live in.

Can you hear their siren call?

Yes, I bought them even though they weren’t in the budget. I rationalized it in a pretty standard way, that if I didn’t buy them the voices would continue to clamor in my head until it reached a pitch that I would have to seek professional help and it’d just be cheaper to hand over the credit card right now. That and I’d be a much more fun person to live with. And a better mother. That last one especially.