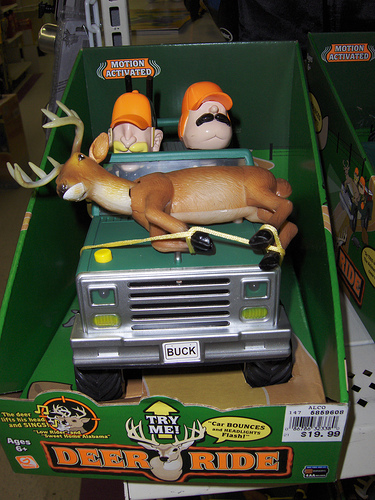 We celebrated the holiday weekend by driving out to my mother’s cabin in the desert and spending a few days with several members of my family. It was nice to get away, but it was even nicer to be around a group of people who are so dramatic that you would never have been able to tell that I was overreacting about a spot of skin cancer, not when everyone else in the room was telling deafening stories about the biggest and the longest and the worst things that have ever in the world been. I come from a long line of dramatic exaggerators, and my brother is so good at it that he made my skin cancer look like nothing compared to what he has to go through every day. The breathing of all that air. The picking up of the foot and moving it forward a few inches. May I never have to know such pain.

I really appreciate the thoughts that many of you sent my way, and I needed them badly the last few days. Not sure why this diagnosis of skin cancer hit me harder than the last one, you’d think I’d be more prepared for the emotional punch to the gut. But I have had such a hard time facing the reality of this one, maybe because of what I see in my future, the constant suspicion of every spot on my body. I am so out of my mind with this that I’ve convinced myself that I have found no less than six more spots, a few on my arms, one on my leg, one on my forehead. I know I’m being totally ridiculous, but nothing has made me think more about what if? What if I’m not around? And nothing has made me realize more just how much I want to be around.

I think I now owe you a hundred dollars because that last paragraph was the best therapy I’ve had in years.

Next step is to have another incision. The biopsy showed that the cancer was too close to the edge of the chunk he took out of my shoulder, and if there is even the tiniest bit left on the skin it will continue to grow until it has annexed Idaho. But the good thing about this new doctor is that he’s offering me options, whereas the last doctor would start cutting out buckets of skin without telling me first. My skin does not ever do a good job of healing itself, and sometimes my scars end up looking like giant pieces of pepperoni, like I’m wearing the pizza I had for dinner. And boy, is that ever a hot look. It goes good with a pair of dirty sweat pants and a t-shirt that says MY OTHER CAR IS A JOHN DEERE.

I made an appointment for next week, and after it’s done I’ll post pictures here of the before and after in another attempt to scare the sunscreen onto your body. After the biopsy results came back on Friday I called my very tan sister and told her to please put on some sunscreen, if only for that afternoon, in honor of her younger sister who did not inherit the olive skin or the boobs. The exact words that came out of her mouth were these: “But it’s not even sunny today.” Like, whatever. I know you’re dying and all, but my legs look killer in a short skirt.

In lieu of a gory scar, here are some shots from our weekend: