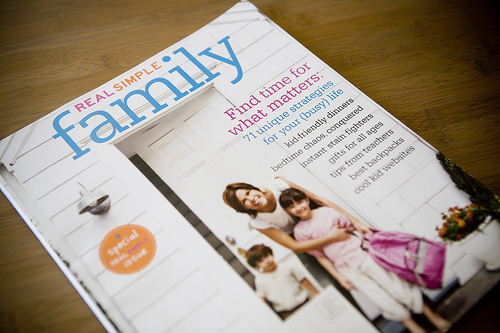 This month Real Simple magazine put out a special family issue, and a few months ago they asked if I’d like to join several other writers in putting together a piece for a section called “Read This When.” Basically it’s a letter to Leta, something I’m a little familiar with, to be read when she reaches a specific milestone. I received my copy in the mail yesterday, and holy crap, I’m published. I called my mother and father immediately to let them know about it, and when I heard the hesitation in my father’s worried voice I assured him that there isn’t a single off-colored word or sentence in the whole piece, he can open his eyes when he reads it, but don’t get too excited, this doesn’t mean I’m going to stop talking about boobs on my website. That would make his life too easy, and my job on earth as a child is to stand in the way of him getting a good night’s sleep.