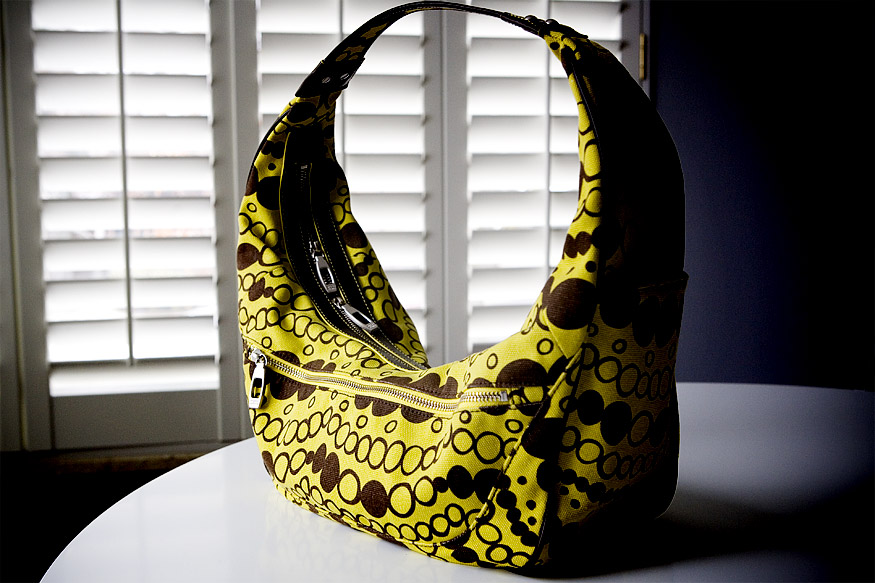 I’ve decided that this is the cutest purse I’ve ever owned, and for the last seven days I have asked Jon repeatedly to look at it, can you believe that something so cute exists? He’d shake his head in disbelief and say no, the proportions of its cuteness were causing his brain to swell and that soon he’d be dead, killed by cuteness.

This is called the Carrie handbag, and it comes in four different colors and patterns. And it’s on sale. And it’s bigger than it looks on the website, roomy and capable of holding all the crap I like to carry around, AND IT IS SO CUTE.